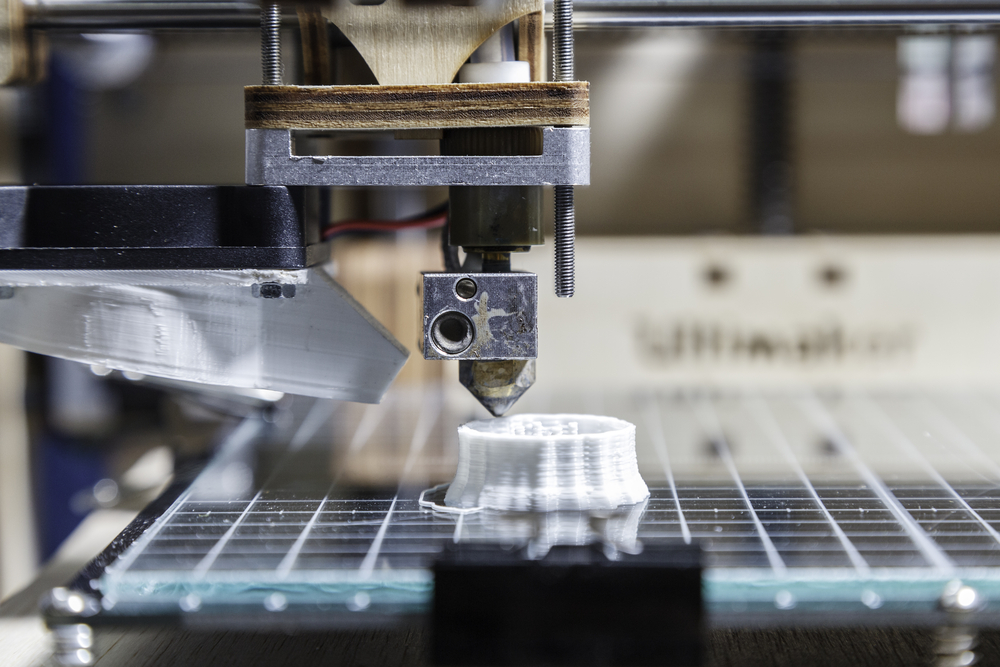 3D Printing: Evolution Rather than Revolution

Part 1 of 2: The State of Technology

In 2013, a speculation on the topic “Does 3D printing mean the end of the global supply chain?” was initiated in a blog written by Kristina Pelzel (German). Today, almost three years and a lot of 3D printing hype later, it is time for the current technical state-of-the-art to be analyzed and to evaluate the effects of this technology on our world. In this two-part blog series, the first part is focused on defining the current state of development. The second part will deliver an outlook based on this defined state.

Is 3D printing truly a revolution?

Answering the question above is not easy because terms like “3D printing”, “additive manufacturing” and “rapid prototyping” are often used synonymously, even though they describe different technologies, philosophies and concepts. Today, as in 2013, the degree of sophistication and market penetration of these technologies strongly depend on the way they are applied and the industry in which they are applied. However, one thing is certain: 3D printing is becoming an established, market-changing technology in more and more areas.

The 3D printing hype, which started in 2013 and – at least according to the media – lasted for about one year, left the impression that a new technology was taking over the market. This might have encouraged too high of expectations: for example, the impression that within a few months all manufacturing technologies would be replaced by 3D printing, and that everybody would be able to simply print their spare parts at home.

The beginnings of additive technologies (in contrast to subtractive manufacturing, which uses lathes or milling machines to create shapes by removing material) reach further back into the past than is commonly known. It all goes back to the beginnings of the two biggest providers: Chuck Hall invented Stereolithography in 1983 and founded 3D Systems, and in 1989, Stratasys founder, S. Scott Crump, patented Fused Deposition Modeling, which is used in almost all affordable 3D printers today. This represents almost 30 years of development and industrial practice, in which a large variety of further technologies emerged, each of which fulfilled special requirements.

It is, however, correct that the market exploded after the expiration of the most important patents, which enabled further development to accelerate. In the field of materials, great improvements can be observed from year to year, and the number of real-world applications is steadily increasing. The focus actually has shifted from rapid prototyping toward rapid manufacturing, and – as pointed out in the earlier blog entry – it is gaining influence within the supply chain sector.

However, what was still a mere speculation back then, can now be analyzed using real life examples. If one takes the available technologies and their abilities into consideration, it is actually possible to more accurately decipher where things are heading from here than it was in 2013.

Fact 1: Printed parts are dependent on the stress direction. The materials used in 3D printing (usually) do not behave realistically. This sounds strange at first, if you know about the steadily increasing variety of plastics for 3D printing and that metals like titan, stainless steel or gold are already processed. Yet, the manufacturing technology states that, at least when it comes to plastics: a 3D-printed part always behaves differently from an injection-molded part. But, since laser-printed parts from metal do not depend on stress direction as much, the aforementioned only loosely applies to them.

3D-printed components are always constructed in layers. This leads to anisotropic material properties, especially with plastics, which means, the properties depend on the stress direction, quite similar to wood. The plastic molecule chains always lie in layers, and if at all, they just barely conjoin with the chains of the underlying layer. So the same material will behave differently, depending on whether it was injection-molded or printed. During the laser printing process of metal, tiny grains of metal are fused together, which leads to a strong adhesion between the layers, and thus to an increased homogeneity.

It should be taken into account that a higher material thickness makes up for the reduced strength. This means, however, that when fulfilling the same requirements, a 3D-printed part will look different from an injection-molded part, or a part milled from a block of metal.

The layered manufacturing process has its effects here as well. The finer the surface is and the more details the part has, the thinner the individual layers must be. As 0.2 millimeter thick layers are considered to be rather coarse, fine surfaces would require layers of less than 0.1 millimeter thickness. Consequently, the components need a longer processing time. And since the entire surface, or at least the outer contour of the geometry in every layer has to be processed, time spent for production strongly increases with the size of the component. That is why there are only very few large printers.

When using 3D printing, it is quite common for production to take hours, or even days, while in injection molding, sometimes dozens of parts can be manufactured per minute. Therefore, 3D printing is not suitable for mass production.

Fact 3: Complexity is free of charge

The major advantage of the 3D printing technology is the great freedom of design. This procedure allows for manufacturing virtually any shape, even multi-part, movable assemblies. When it comes to conventional manufacturing processes such as milling, the more complex the shape of a part, the greater the expenditures. This can be due to the necessity to use various milling machines, or when the part must be clamped several times. With a 3D printer, it is of almost no importance whether it prints a cube or ball bearings with built-in, movable balls – only the printing time slightly increases. If those parts were injection-molded, they would need extensive post-processing as they could not be removed from the mold due to their complex geometry. In this case, it might in fact be cheaper to 3D print these mass production parts.

Taking these three aspects into account allows us to see which areas can be revolutionized by 3D printing and which cannot.

In the second part of my blog series, I use four practical current examples to illustrate the future development of 3D printing. Read it here!

Are 3D-printing processes a part of your supply chain operations?

Ralf Steck is a mechanical engineer, specialized freelance journalist, author, moderator and speaker. He blogs at www.EngineeringSpot.de about software and hardware for digital product development. In his free time he works on 3D-Printers, his CNC-milling machine and classic cars.

(This article was originally written in German and was translated by the ISCO blog team.)

As always fantastic David. I just love to read your/ guest articles. In this case, all the credits go out to Ralf. I am looking forward to the next in this series!

[…] the first part of this blog series, three theses were introduced showing what 3D printing can and cannot offer. […]