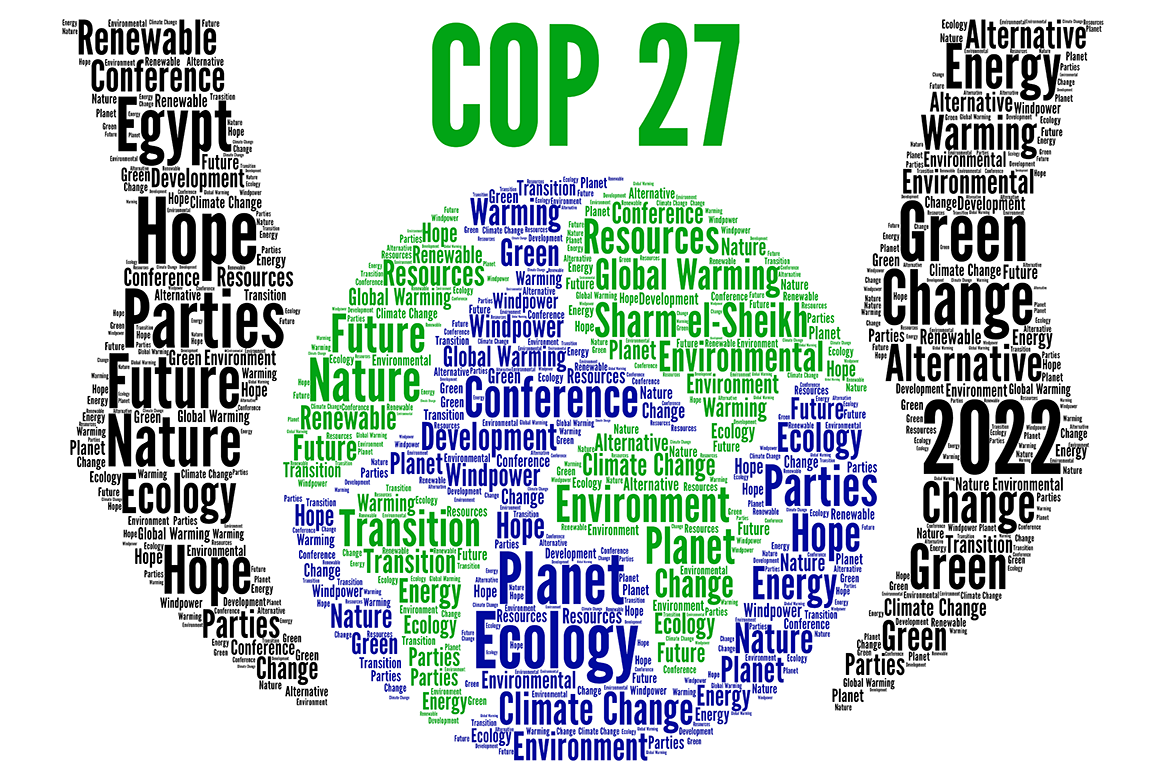 The most recent (COP27) was held in Sharm El-Sheikh, Egypt between Nov 6, 2022 – Nov 18, 2022. The importance of COP27 is now being recognized as this is the second time large multinational corporations were invited in order to discuss strategies to combat climate change in industries and ways to implement them. The shipping industry is one of those pivotal industry’s that needs change.

Outcome of COP27 for the Shipping Industry

The International Maritime Organization (IMO) was present at COP27, they highlighted that international shipping is indispensable to the world. It is a vital industry to support the UN Sustainable Development Goals and the global energy transition. Support for the United Nations Framework Convention on Climate Change (UNFCCC’s) push for decarbonization in industries was reaffirmed once again by the IMO. In addition, the collaborative effort of green shipping corridors spear headed by the Global Maritime Forum was revisited.

At COP26 Glasgow 2019, the Clydebank Declaration was signed. The initiative is designed to drive forward the decarbonization targets set by the (IMO) in relation to sustainable shipping. It was agreed to establish at least six green shipping corridors by 2026. This year’s event a report was shown, that set the goal for the creation of more than 20 green shipping corridor initiatives across the globe by 2030.

What is a Green Corridor?

A Green shipping corridor is an area within a shipping route between two or more ports, where zero-emission fuels and technologies can be adopted in order to reduce greenhouse gas emissions. One of the most important green shipping corridors will be between the ports of Shanghai and Los Angeles, two of the world’s busiest ports. The objectives of this plan include the gradual introduction of ships powered by low-carbon or zero-carbon fuels. With the launch of the first zero-emission trans-Pacific vessel by 2030, the program will enforce best management practices from an emissions perspective and reduce emissions from the port operations supply chain.

Currently all container ships run on fossil fuels as there is no greener alternative that can be adopted to the current supply chain, that would prove to be cost effective on a large scale. The adaptation process will be slow, as the research into ways to make alternative fuel such as Methanol and Green Hydrogen is underdeveloped and underfunded.

Although it’s cheaper to produce and purchase Methanol than Gasoline, methanol has half the energy content of gasoline. This means to go the same distance a ship running on Methanol will have to refuel more times compared to a ship running on gasoline. This would significantly affect the supply chain by increasing delivery times and fees. A change to invest in container ships with engines capable of using methanol would be costly and may prove to be a big hurdle for some shipping companies.

If corporations cannot be incentivized themselves to change, then new legislation will have to be passed. This is currently being explored the EU and the US. The EU is set to pass the FuelEU maritime proposal. The proposed regulation introduces increasingly stringent limits on carbon intensity of the energy used by vessels from 2025, which should oblige them to use alternative fuels. It applies to commercial vessels of 5000 gross tons and above, regardless of their flag (fishing ships are exempted). The US congress is also looking at a clean shipping bill that seeks to drive down the sector’s emissions.

For this project to succeed and adhere to the timeframe set by the Clydebank Declaration, autonomy of each green shipping corridor is given over to the respective stakeholders, of which there are over 100 collectively committed to the 20 initiatives. The issue here is that each stakeholder plays an important role in the success of the project. Those being: The Port authorities, Shipping corporations, Governments, Fuel producers, Financial institutions, etc.

On average each project has 6 stakeholders, which means a breakdown in communication or conflict will cause delays or even worse, the abandonment of the project. As these projects’ aim is to tackle the international shipping routes, cooperations from governments I see being the biggest challenge.

For example, at current the relationship between the US and China has recovered since 2018. Where former President Donald Trump set tariffs and other trade barriers on China with the goal of forcing them to make changes. To what the U.S. said were longstanding unfair trade practices and intellectual property theft. Arguably the most important green shipping corridor will be between the ports of Shanghai and Los Angeles.

If a republican president wins the next election, that takes place in 2024. Tensions between the two countries may rise again. If a trade ban were to be revisited, this directly impacts maritime trade between the countries causing the breakdown of the green shipping corridor. However, current relations with the two countries are seeing some friction with the Biden administration.

This is an ambitious project that requires time and meticulous planning in order to be successful. Unfortunately, it is too early to make a clear judgement on if this project will be on track, the positives that I can see so far is that key stakeholders such as, governments in particular the EU and the US are taking this seriously, by implementing regulatory change. COP27 was dubbed the ‘Implementation COP’ as COP26 highlighted the issues whereas COP27 tried to find solutions. The Global Maritime Forum came up with a roadmap, it is now time to start the journey.