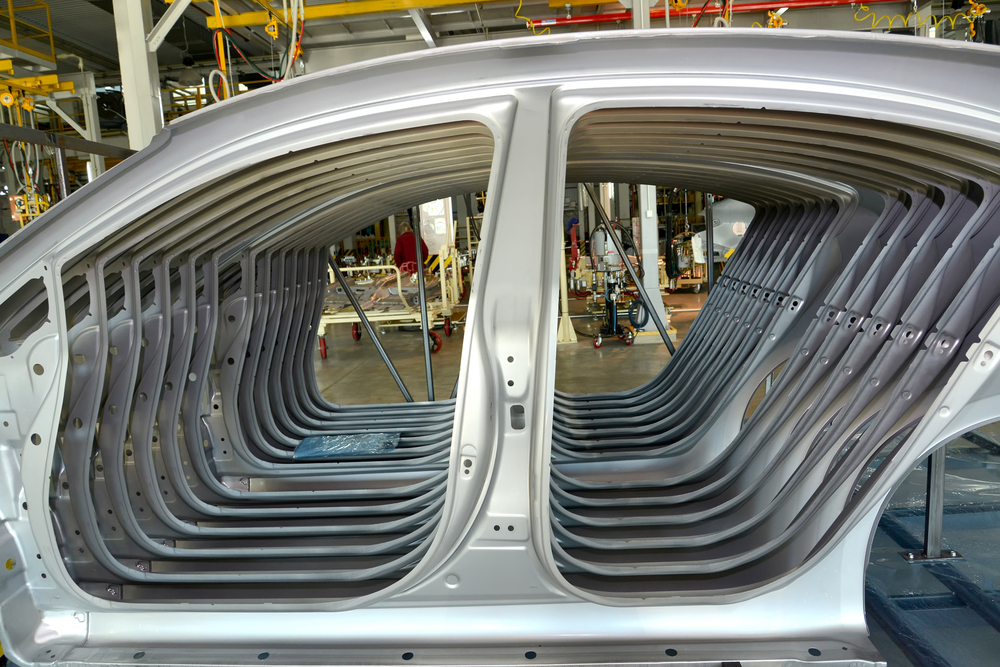 Dude, Where’s My Tesla? A look at the Amazing Automotive Supply Chain

There are many people waiting for the Tesla Model 3; over 400,000 to be exact. Though I am happy they are getting their desired car, I am a bit concerned after reading a Bloomberg article titled “What happens when you die waiting for a Tesla?.” It states that in purely statistical terms, at least one of the 400,000 people in line for the new car will die during the 18-month waiting period, as the company will not start delivering its newest model until late 2017. While reading the article I began to question why the waiting time is so long for the Model 3 and how long a consumer would wait for a “normal” car.

The degree of automation

There is no question that the automobile supply chain is complex. If any one of the required number of components is late, it can hamper on time production. A typical car requires 20,000 to 30,000 components with parts being sourced from various facilities and suppliers. If I tried to cover the supply chain of each and every part, this article would quickly turn into a novel. For the sake of time and paper, I will also not describe all the detailed processes included in the automotive supply chain as their number seems to be endless. Instead, let’s focus on the main points of vehicle production. Before the production of a new car starts, strategic planning, design phase, pre-development, and how it is to be constructed must be considered. Further considerations include cost specifications, factory and production planning, production tests, and prototype testing.

Coming back to the actual manufacturing of the car, it is important to mention that the automotive industry is one of the most digitized and automated. However, the degree of automation is dependent on the type, required quantity, and the production location of the car. For instance, a car like the Koenigsegg one:1, which was produced in very low numbers, can be completely hand-made. That being said, normally car production has a high degree of automation, with the use of robots being the highest compared to other industries. About 98,900 new robots, 43 percent more than in 2013, were installed in the automotive industry since 2014.

The unfinished car runs through many stations on the assembly line where work is either completed by robots or by workers. Production is normally clustered in different areas which are passed by the assembly line. These sequential areas are divided by metering points. The foundry, press plant and car body production, where the sheet metal parts from the press plant are assembled, are some of the areas the car passes through as it transforms from raw materials to finished product. Further down the line, the car visits the paint shop, chassis production, interior, exterior, powertrain, and final vehicle assembly before one last quality control is performed. Sometimes, vehicles which need to be outfitted for unique roles will visit the special vehicle production area.

Based on this structure, the whole production process can be planned and coordinated by appropriate control loops. This way, the production progress can be supervised at the metering points and required measures can be taken when something deviates from the plan. The aspired goal is to organize the production process for as many car variants as possible without stops on one assembly line. If this is not possible, certain steps can be relocated from the final assembly to the pre-assembly, the logistics center or the distributor.

The transportation starts at metering point eight at the end of production. Here, the finished vehicle is handed over for transportation. Vehicles are parked on huge auto terminals before making their way to the end consumer or distributor. Intelligent software plans the route of the vehicles and the best mean of transportation based on data such as destination, delivery date and car model. The transport type also depends on the length of the transport route and the capacity of the transportation mean. Based on this input, it can then be decided whether the vehicle is going to be moved by truck, train, or even sea transport. Advanced solutions can also decide where to park the car based on its transport type in order to optimally position the vehicle within the terminal to minimize movements.

Sometimes it is even necessary to modify or maintain the cars on terminal at the workshop centers located on the yard. This way it can be ensured that the cars are delivered on time and that all resources are used optimally. The vehicle identification number (VIN) helps track the cars on their global route to their owners.

Although the supply chain of a car is very complex and the topic is frequently discussed, it still amazes me. For me, this amazement comes particularly from the robot-driven production steps and the worldwide journey finished vehicles normally cover before they are even driven by their owner. With the automotive industry being so highly competitive, I am sure they will automate the production and supply chain processes as fast as the product itself. However, I am not sure if this is going to be able to help the people waiting for a Tesla Model 3.

What are some other amazing supply chain processes you have come across?