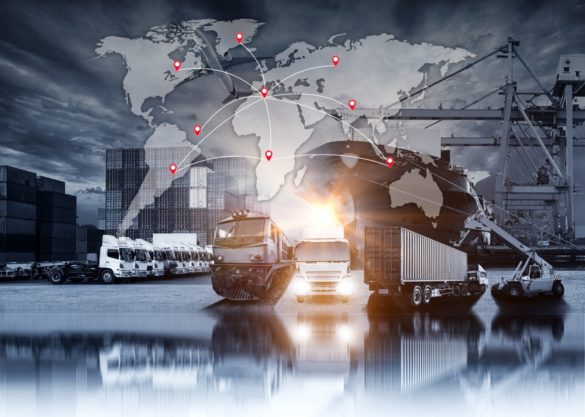 Efficient transport of goods to factories and customers forms the backbone of the global economy. But as supply chains become increasingly international and shoppers demand faster deliveries, moving products across the world becomes more complex. To cope with new challenges and maintain the same level of service, businesses are turning to technology. For instance, in a recent survey, JDA Software and KPMG report that 80% of supply chain executives consider artificial intelligence (AI) as the most impactful technology for their industry in 2019. Other high-tech solutions, however, are equally important for the future of logistics.

Warehouse managers have started to use drones to carry out inventory inspection, self-driving trucks are already making deliveries, and blockchain-based solutions enable more transparent tracking of vehicles. The industry is moving away from paper-based operations and is adopting digital technologies that create increasingly automated and self-orchestrated supply chains.

In 2019, investments in drones will reach $12.3 billion, signaling the growing importance of this technology. Fueled by such spending, the drone market is set to grow to $43 billion by 2024, and unmanned aerial vehicles have found their use in the supply chain industry, as well. For instance, the French IT and digital services company Hardis Group developed an inventory drone named Eyesee, which performed well during tests conducted in L’Oréal, Volvo, and Renault’s warehouses. In fact, the drone will soon be offered to other companies, too, as the Hardis Group prepares to scale up production.

The Eyesee system consists of a quadcopter, a tablet app for managing data transfer, and a number of cloud applications for data processing. An operator launches the drone, which autonomously scans barcodes and takes photos of pallets in a warehouse. The gathered data is sent to the user’s warehouse management system via the Eyesee tablet app. The companies that tested the drone have reported that this method of inventory inspection is up to ten times faster than traditional methods. Guillaume Bosselin, the director of L’Oréal’s logistics center near the town of Vichy, says that “this new solution means we can avoid closing the center for three days during our annual inventory and will enable us to assure better service to our clients during this period, more safely.”

Apart from a more efficient pallet scanning process, new tech could also enable faster transport. For instance, the US-based startup TuSimple plans to expand its commercial autonomous fleet to more than 50 trucks by June 2019. The company competes with the likes of Tesla and Starsky Robotics in the global self-driving truck market, which is forecasted to grow to $1.66 billion by 2025. TuSimple’s founder, Xiaodi Hou, says that after three years of research, they have moved “into the serious work of building a commercial solution”. 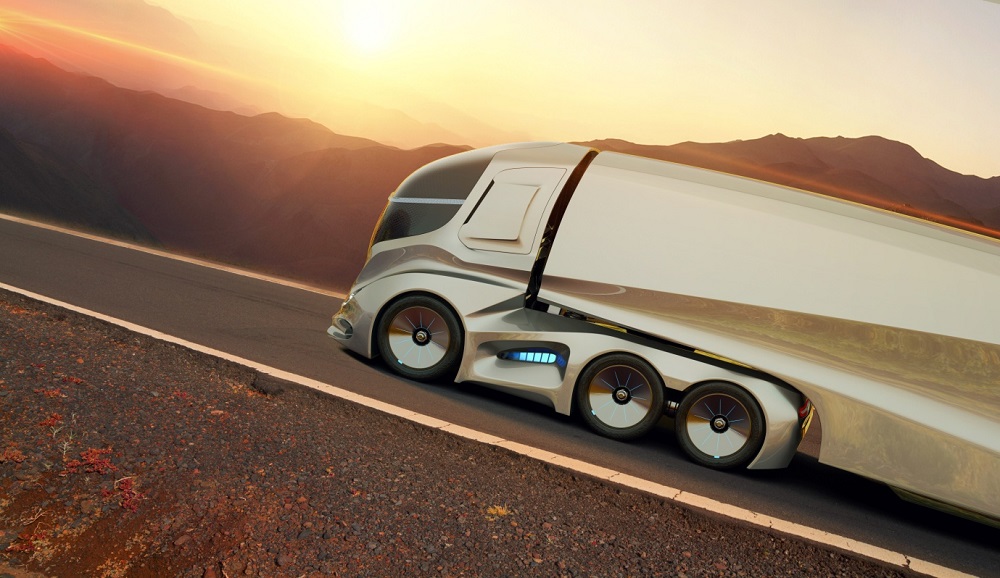 The company already operates three to five autonomous trips per day on three routes in Arizona. And although there’s one safety engineer behind the wheel and one monitoring the data, TuSimple’s driverless trucks are level 4 according to the Society of Automotive Engineers’ (SAE) guidelines, which means that they can operate autonomously in controlled highways and streets, cutting fuel consumption by as much as 15% compared to trucks controlled by human drivers. The company also boasts a camera-based vision system that detects cars and pedestrians up to 1,000 meters away. One of its most recent partners is the United States Postal Service (USPS), which agreed to take part in a pilot project in which autonomous trucks will complete five 1600-kilometer-long trips between the Postal Service distribution centers in Arizona and Texas.

In order to track thousands of trucks, supply chain companies are increasingly turning to blockchain, giving rise to a market that will reach $3.31 billion by 2023. A recently formed partnership between the tech startup ShipChain and the logistics company Scanlog shows the vast potential of distributed ledger technology. ShipChain will equip Scanlog’s vehicles with location sensors that will send out real-time GPS data, which will then be stored on the Ethereum blockchain. Additionally, the companies plan to automate business relations between Scanlog and its partners using smart contracts – automatically executed blockchain-based code that replaces typical contracts.

ShipChain’s CEO, John Monarch, says that blockchain has many other applications, too. For instance, it can be used to track the transport and temperature of sensitive products such as pharmaceuticals. Transparency is critical, as any “issues with drugs or medical devices can have disastrous implications for patients and their families”, Monarch concludes.

Early adopters are poised to benefit the most

Drones, AI, self-driving trucks, blockchain, and many other technologies are transforming the logistics industry. They save both time and money, and ensure that companies and customers receive products on time. Sure, some of these solutions might be nascent and will take years to reach mass adoption, but they’re also probably the only way to improve the way we store, ship, and deliver products on a global scale. As supply chains become increasingly automated and self-orchestrated, the early adopters of future trends are poised to benefit and gain a significant competitive advantage.

International keynote speaker, trendwatcher and futurist Richard van Hooijdonk offers inspiring lectures on how technology impacts the way we live, work and do business. Over 420,000 people have already attended his renowned inspiration sessions, in the Netherlands as well as abroad. He works together with RTL television and presents the weekly radio program ‘Mindshift’ on BNR news radio. Van Hooijdonk is also a guest lecturer at Nyenrode and Erasmus Universities.