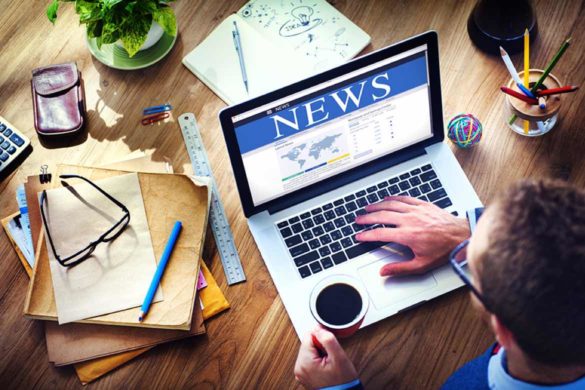 At a time when the Russian invasion of Ukraine is already disrupting crops, farms in the United States are struggling with shortages of vital chemicals, forcing farmers to cut back on the supplies they use. Items such as common weedkillers and fungicides are experiencing shortages, meaning harvests are at risk. Research suggests that the shortages are disrupting American growers’ production strategies, as well as raising their costs.

There are a few factors playing a role in the disruptions. Agrichemical companies are blaming the pandemic, delays in the transport sector, extreme weather conditions and a lack of workers for all of the shortages. Farmers are also struggling to find alternative products, since weeds have become resistant to glyphosate, a key ingredient in Roundup herbicide, due to decades of overuse in the country.

The U.S. Agriculture Department said that it has noted the concerns coming from farmers and food companies about the possibility of agribusinesses increasing their prices of chemicals, seeds and fertilizers to boost profits, not because of supply and demand factors. The agency has decided to conduct an investigation into the matter, where the competition in the sector will be analyzed.

One of world’s largest and busiest ports is backing a huge modernization plan aimed at improving supply chain operations. Singapore has announced plans to build the world’s biggest automated port by 2040, which will cost around $40 billion in total. The state-of-the-art design will include drones and driverless vehicles, and it will increase the current capacity to 65 million twenty-foot equivalent units (TEU).

The city state began allocating funds in 2013 to reclaim land needed for the expansion, which would involve building a new port, Tuas, on the West Coast. The project is heavily focused on automation and technology, and plans include having automated guided vehicles to transport containers, drones for ship-to-ship deliveries and integrating information systems to track cargo and changes in demand.

Ley Hoon Quah, chief executive officer at the Maritime and Port Authority has said that Singapore’s strategy is to set itself apart from the competition, as global delays are forcing ships to rethink where along their route to stop. The port’s goal is to make itself more efficient for ships to carry out all their needs: from banking to refueling to unloading container cargo and storing it there until the next ships become available, she said.

Titled ‘Network 2.0’, the plan unveiled by FedEx will boost collaboration between its shipping segments to enhance supply chain operations. The long-term plan is meant to optimize the resources of FedEx Express, Ground and Freight, which have been kept separate in the past. The company will be investing $2 billion in the project, and CEO Raj Subramaniam hopes to achieve “more of an end-to-end optimization.”

At the moment, the company’s segments fill different roles and operate independently, despite the fact that they often overlap, causing inefficiencies. Richard Smith, President and CEO-elect of FedEx Express said they were designed “to deliver different products to support different customer needs in an effort to find the optimal balance between economies of scale and economies of focus.” However now, over 95% of FedEx’s revenue comes from customers using more than one operating company.

By fiscal year 2027, the logistics company is expecting to operate 100 fewer stations, reduce pickup and delivery routes and also reduce millions of linehaul miles driven. FedEx believes that by streamlining its cross-company operations, it will gain a $2 billion financial benefit each year. CEO Richard Smith commented on the project, saying “this is a great opportunity for us from an enterprise to unlock the power of our networks.”