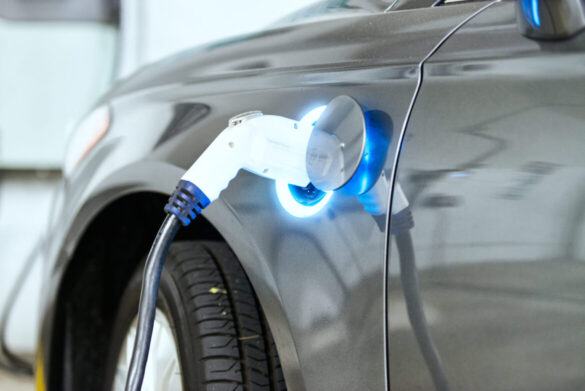 Amazon set to utilize fleet of over 1,000 Rivian EDVs to supplement the Christmas peak

As part of Amazon’s commitment to The Climate Pledge, which was co-founded by them in 2019. Their aim is to become net-zero carbon by 2040. The e-commerce giant is implementing a new approach to tackle the busy holiday period. A planned rollout of over 1,000 Rivian Electric Delivery Vehicles (EDVs) debuting in the biggest cities in the US. You may see them in San Francisco, Boston, New York and Las Vegas. Over 100 cities are expected to see the Rivian EDV in action.

In 2019 Amazon initially invested $700 million in Rivian, shortly after they introduced their first EDV. The same year, happy with their return on investment and looking to be committed to The Climate Pledge. Amazon purchased over 100,000 EDVs from Rivian. The EDVs have had a gradual implementation into Amazon’s supply chain. Its first delivery  was last year in Los Angeles, then onto 15 additional cities. With the success of this venture Amazon now feels confident enough, to allow EDVs to play a larger role in their supply chain.

The new vans offer quite the contrast to the Mercedes Sprinter of old. With superior visibility, spacious cabin and cargo area. In addition to the ventilated seats for fast heating and cooling. Christmas came early this year, for the delivery drivers.

China’s zero-Covid policy will not be changing anytime soon. This in turn has caused multiple ripple effects on Apple’s supply chain. The new iPhone 14 was unveiled on September 7th and release date set for for October 31st. Plans have been halted since Apple’s main manufacturer of the phone Foxconn, sees its primary iPhone 14 factory in Zhengzhou, China a victim to the latest Covid-19 restrictions.

This means shipments will be slower. The factoring is currently operating at a significant reduced capacity. Apple stated in a short press release, that customers who preordered the new iPhone 14 will experience longer wait times to receive their new products. Reinforced was the aspect of the workers’ health as the number one priority. The press release goes onto say “We are working closely with our supplier to return to normal production levels while ensuring the health and safety of every worker”.

Overall, Apple can see production fall by 30%. With shipping times being 3-4 weeks in the United States. The resurgence of the virus could not come at a worse time for Apple, as these delays will impact on their Q4 sales. As Christmas approaches, we shall wait to see Apples next move, they are currently at the whim of the Chinese government.

Sony says production levels of the PS5 are back up

Sony now says their forecast for this year is to exceed its 18 million units of production. Supply chain constraints, such as the semiconductor chip shortage in Taiwan due to their heavy lockdown restrictions. Did impact operations earlier in the year. Contrastingly, Sony says production for the PS5 console is back up as the logistical limitations have eased over the past quarter.

Chief Financial Officer (CFO) of Sony Hiroki Totoki stated that “PS5 production during this quarter was not significantly impacted by the semiconductor and other parts shortages, something that hampered its productivity earlier in the year.” With the demand for the PS5 holding its strength “the challenge that we have set ourselves is to see if we can manage 18 million this year.” If this target is to be achieved Totoki expects sales to surpass the PS4.

It is astonishing how the PS5 keeps its strong demand. The console was release nearly 2 years ago on November 12th, 2020. Fans are eager to get their hands on the newest generation to explore its capabilities. Even with their supply chain woes, the PS5 has still outshone its biggest competitor, the Xbox series X in the same timeframe. The PS5 selling nearly 24 million units and the Xbox series X selling 17 million units. This re-affirms Sony’s position as market leader.