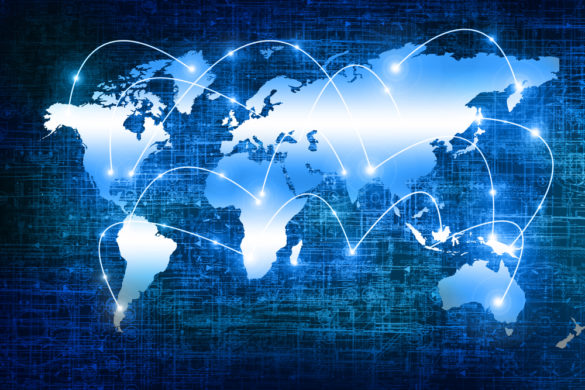 The news comes after on-going tensions between the two firms. The tension started after FedEx announced in June that it would halt its express U.S shipping contract with Amazon and then in August stated that it would also end their ground-delivery contract.

Currently, it is expected that the restriction, which begins this week, will last some time as according to the email sent to sellers, Amazon is expected to keep this restriction “until delivery performance of these shipments improves”. With third-party sellers accounting for 58% of Amazon’s total merchandise sold, the effect this could have on both companies remains to be seen.

As part of on-going trade tensions between the U.S and China, the U.S. were set to implement further tariffs on December 15th on large numbers of consumer goods, known as list 4B. However, these tariffs were not enforced, after the Office of the U.S. Trade Representative (USTR) confirmed in a press release on December 13th, that a phase one trade deal had been negotiated and agreed between the U.S. and China. This removed the need for the new tariffs, but the President has confirmed that the tariffs on goods on lists one through to three will remain.

The cancelation of the 4B tariffs were highly anticipated by businesses due to the timing being so close to the holiday season and the large numbers of consumer goods that were included on the list. However, due to the tariffs not being cancelled until short notice, many businesses planned for the worst-case scenario and adjusted both their supply chains and imports accordingly.

The Volkswagen Group has agreed with Qatar Investment Authority (QIA) to develop a public transport system of autonomous electric shuttles and buses. The plans are that the vehicles will be used in Qatar’s capital city Doha.

The project will involve four different brands under the Volkswagen group including Volkswagen Commercial Vehicles, Scania, MOIA (its shared ride service) and Audi subsidiary Autonomous Intelligent Driving (AID). The initial fleet will be made up of 35 autonomous shuttles and buses. The aim is to develop an entire public transport system that will see autonomous vehicles integrated with existing public transit.

According to QIA CEO, Mansoor Al Mahmoud, “AI-enabled, emission-free transportation technologies will help advance urban mobility, while diminishing congestion and improving energy efficiency”. It is predicted that closed testing will begin on these vehicles in 2020 and on-road trials starting as early as 2021, with the eventual goal being a go-live by the end of 2022.

[…] December, Amazon announced that it was banning its third-party sellers from using FedEx ground delivery service for Amazon […]

Hello mates, good piece of writing and I am actually enjoying these.