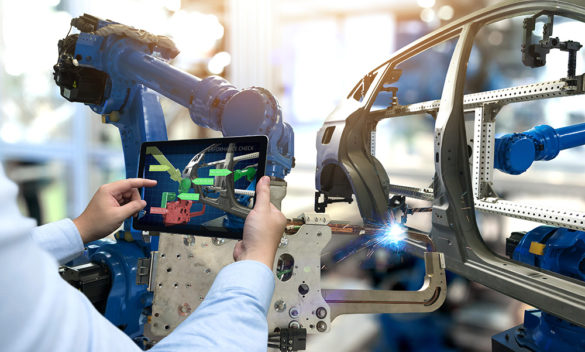 Two weeks ago, the e-commerce retailer Amazon opened its first offline convenience store, Amazon Go – without a cashier. On January 22, the first visitors of the Seattle store were tracked in the shop using image recognition and machine learning algorithms. The technology finds out what the visitors have bought and charges it automatically to their account. After the customer has scanned their smartphone to enter the store, cameras throughout the store track them as a 3D object without facial recognition. The biggest challenge for image recognition is to differentiate between similar-looking products and customers´ hands, which often cover the products and their labels. For the retail industry, this is a revolution and is likely to be a major step in linking the online and offline worlds.

The Chinese e-commerce giant Alibaba is also increasingly concentrating on offline retail. In addition to shopping centers, the company plans to support Ford selling its electric cars. It is not an ordinary partnership, but rather one in which cars are sold using vending machines. Customers just have to take a photo of a car they want to use, enter their data, take a selfie and pay. Then it’s off to the vending machine, which uses facial recognition or a login code to search for their chosen vehicle for a three-day test drive. The car can then be purchased directly through the app. Various restrictions such as positive credit checks based on customer data are intended to prevent misuse.

Artificial intelligence in the automotive industry

In the automotive industry’s production lines, robots are already doing a lot of work today. Robots are a great help, especially when it comes to hazardous tasks such as painting or welding. Artificial intelligence, starting with production, offers numerous possibilities for applications in the automotive industry. In production, it is possible to predict customer requirements on the basis of historical data, so that the development, design and production of new models can be tailored more specifically toward the customer. In addition, forecasts of sales and material requirements of car manufacturers can be made much more accurately.

Thanks to an improved sales forecast, logistics processes can also be planned better. Especially in finished vehicle logistics, many basic conditions such as destination, means of transport and delivery date influence smooth processes. These parameters are used to determine both the transport routes and the parking slots on the yards. Means of transport and parking spaces on the vehicle yards could be planned much more precisely using artificial intelligence. In addition, unexpected incidents such as employee downtimes or missing parts could be better predicted. Additional data, for example, weather reports or changed legislation could also be included in the forecast. In this way, the existing optimization systems in automotive logistics could be further improved.

Another important factor influencing the optimization of routes and parking spaces in automotive logistics is the possibility of workshop jobs. Among other things, a final check of the vehicles in the workshop on the vehicle yard must be taken into account during distribution. Last repairs or modifications can still be implemented here.

These inspections could be automated in the future with the help of artificial intelligence. Damage checks when leaving the ship would then be carried out with pictures. These photos could then be analyzed using artificial intelligence techniques. Examples that already implement this include the HailMaster Application. It is a tool that uses augmented reality and computer vision to precisely detect and measure the damaged area when dents are left on a car because of hail.

Image recognition, which is becoming even faster, could help car terminals check whether there is any damage to the vehicles. These images could be taken at electronic gates. In the event of damage, additional inspections would then be carried out.

On the other hand, it would be possible to further improve network planning for vehicle distribution. An efficient network must be planned in a cost-optimized and operationally feasible way. However, restrictions such as contractual agreements must also be taken into account. In this case, artificial intelligence could automatically plan the network and consider all conditions while simultaneously integrating the network’s historical data.

Internet giants are increasingly pushing into offline commerce – with technologies of machine learning. In the automotive industry, artificial intelligence is also an important topic and in my opinion, it will not only optimize autonomous driving in the future. There are also applications in the supply chain of vehicles that could soon be achieved. From sales planning to yard management and network planning, artificial intelligence has the potential to further advance the automotive industry in its digital pioneering role and to digitize and optimize various areas. Automotive logistics in particular, with its many parameters and complex influencing factors, is a great opportunity for artificial intelligence.

What are some other logistical processes that can be improved with the help of artificial intelligence?

Interesting article. At this point, artificial intelligence for logistic is inevitable. Great ideas surface every day and quickly optimized to something even better.