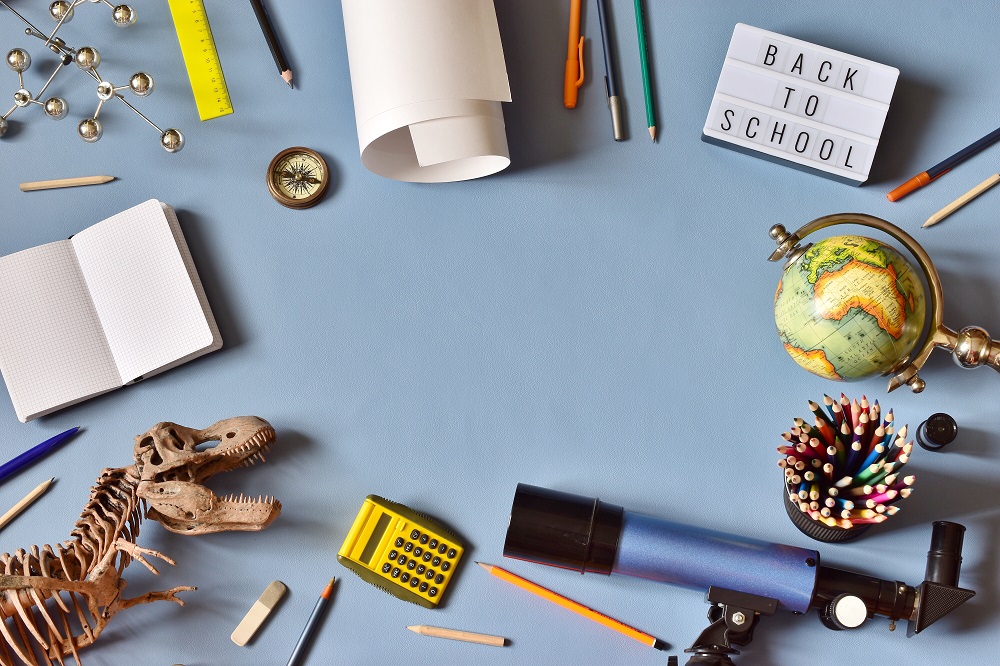 The minute we’ve all finally settled into the slower pace of the summer months, the signs go up: Back to School! Whether you have children who are getting ready to go back or whether you are thinking wistfully of your own school days, the back-to-school supply chain is an amazing feat that affects most of the retail industry. It is actually the second biggest shopping season of the year – second only to the holidays, including Black Friday and Cyber Monday.

The National Retail Federation (NRF) releases an annual report highlighting the figures and trends associated with back to school shopping. According to the 2019 NRF report, this year’s back-to-school spending levels will be the highest ever per household, $696.70, but not the highest overall as less families are expected to participate. Total projected spending for 2019 is $80.7B, down 2.5% from $82.8B in 2018. The major categories of spending they define include school supplies, clothing and accessories, shoes and electronics.

While we can all appreciate the magic of new pencils and notebooks, looking at this shopping season as a supply chain professional requires a different perspective – and offers a few surprises about buyer preferences and retail industry impact.

Before looking at the report, I would have expected the vast majority of back-to-school shopping to be done online. Not only is that not the case, the trend towards online spending seems to have slowed and remains less than half. For the last 5 years, the percentage of back-to-school shopping done online has been as follows: 2015 36%; 2016 46%; 2017 46%; 2018 49%; 2019 49% (K-12). Given the contained percentage (and growth) of online demand, perhaps due to the personalized nature of clothing and shoe shopping, the advantage may actually go to discount or department stores that can accommodate consumers’ desire to order online and pick up in store, where the rest of the purchase can be competed in person.

Amazon, whose Prime Day event directly affects the back-to-school shopping season, faces off with more traditional retailers like Target and Walmart in a tight competition for consumer dollars. Some analysts, including Forbes contributor Bryan Pearson, credit Prime Day with starting the shopping season earlier despite general consumer expectations for quick, free last minute shipping that might otherwise lead to spending delays. This extended timeframe has effectively created a bigger pie for the retail industry, as other players piggyback on Amazon’s timing with back-to-school events of their own. Pearson also points out that consumers who participate in Prime Day spend an average of 16-17% more during the back-to-school season than those who don’t, indicating that a longer shopping season leads to higher spending levels overall.

Perhaps the biggest surprise of all is that while the back-to-school shopping season is the second biggest of the year, retailers don’t make as much money during this time as you would think. Unfortunately for an already struggling retail industry, heightened competition and deep discounts prevent more spending from translating into higher profits. 49% of those surveyed by the NRF this year stated that they were holding out for the best deals, and deep discounts on small profit margin items don’t leave much wiggle room for stores. UBS retail analyst Jay Sole has characterized his outlook for this year’s back to school season as the “Back-to-school Blues”. So while retailers have to invest in marketing, displays and inventory, they do it without the promise of net revenue growth.

Seasonality plays an important role in all supply chain matters, and the more important the season, the more advance planning and strategy are required. Back-to-school is a huge, unifying shopping season, one that tests a retailer’s marketing prowess and operational efficiency. And while there are few surprises about what will be purchased and when, there are plenty of other nuances to back-to-school shopping that make it a challenge to manage.