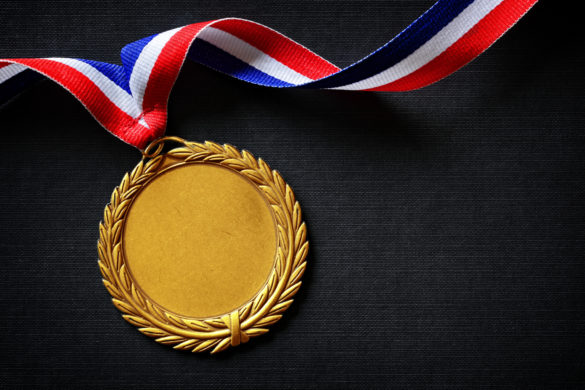 The Amazing Supply Chain of a Tokyo 2020 Olympic Medal

The Olympic and Paralympic games bring smiles to faces across the world, as people cheer on their nation to bring home a medal. To an athlete, being handed a gold medal would perhaps be their biggest achievement. The hosts of the recent games, Japan, pride themselves on their own achievement: producing the medals from 100% recycled materials. They have managed to exceed Rio 2016’s efforts, with the 2020 medals containing 70% more recyclable materials.

Believe it or not, there has not been a ‘real’ gold medal handed out since the 1912 Stockholm games.  There is in fact only 1.2% of gold in the 2020 gold medal, with the other 98.8% of it being silver. The bronze medal is made up of 95% copper and the rest is zinc. At least the silver medal is true its name with 100% actual silver content.

Have you ever wondered why athletes bite into their medals? Historically, traders bit their gold coins to check their authenticity, and because gold is a soft metal, it dents slightly when being bit on. This tradition may appear to be rather useless this year though, thanks to the small gold content. Japanese Mayor Takashi Kawamura still took part in this tradition this year, causing quite a stir.

A campaign for sustainability

Japan is recognized as a world leader in sustainability, so when it was announced that they were to hold the 2020 games (which were then re-scheduled to Summer 2021 due to Covid-19), they revealed a two-year nationwide campaign for citizens to collect unused and old electronic devices for them to be transformed into Olympic medals. This is where the supply chain of the medals begin: over two years, approximately 80 tons of electronic waste was collected across the country which created over 5,000 gold, silver and bronze medals to be presented to worthy athletes.

This project was widespread, involving the Japanese national government, companies, municipalities and other local communities. Renet Japan Group was a major company that was on board with the campaign, as they developed a waste management movement with the cooperation of many stakeholders, connecting decision makers with local communities.

Why is using recycled materials so important?

Each year, billions worth of useful metals are thrown away due to the fact people are not properly collecting and recycling their unused electronic devices, which in turn poses health and environmental risks.  A staggering 53.6 million tons of electronic waste (e-waste) was produced in 2019, making this the fastest growing domestic waste stream. Growing demand for electronic devices in past years has been the main factor behind this growth. With their campaign, Japan has not only contributed to help tackle the e-waste issue, but they have also risen awareness and educated their citizens on how to recycle their devices properly.

The design of the Tokyo 2020 medal

In order to find the most suitable design for the medals, a competition open to designers was held which resulted in over 400 entries being submitted. Although there are rules from the International Olympic Committee (IOC) about what must be included, the concept behind the design is flexible. The winner, Junichi Kawanishi, a designer for SIGNSPLAN decided to incorporate the ideas of light and brilliance. The ribbon attached to the medals includes traditional Japanese motifs and celebrates the themes “Unity in diversity” and “Innovation from Harmony”. Each medal case is distinct and has unique fiber patterns in the design, which are crafted using both traditional and modern techniques.

How are the medals made?

Watch a short video of the process here:

So, what are the medals worth?

A Tokyo 2020 gold medal contains over 6 grams of gold plating on pure silver, meaning its value is around $345 today. When figuring out their market worth, the medal’s owner must be considered. Gold medals are rarely sold due to their sentimental value, so perhaps that is why a medal belonging to Jesse Owens, an American track and field athlete from the 1936 games sold for $1.47 million in 2013.

Although this year’s medals have less monetary worth than in previous years, some people may argue that their worth increases due to their sustainability and the fact that a global environmental issue has been addressed. To Lamont Marcell Jacobs of Italy and Simone Biles of the United States, along with hundreds more athletes who were presented a medal this year, the sentimental value remains the same.

The recent events have set the bar high for the next games in Paris 2024, where the focus on the environment is to continue as social change and sustainability are set to be key themes.