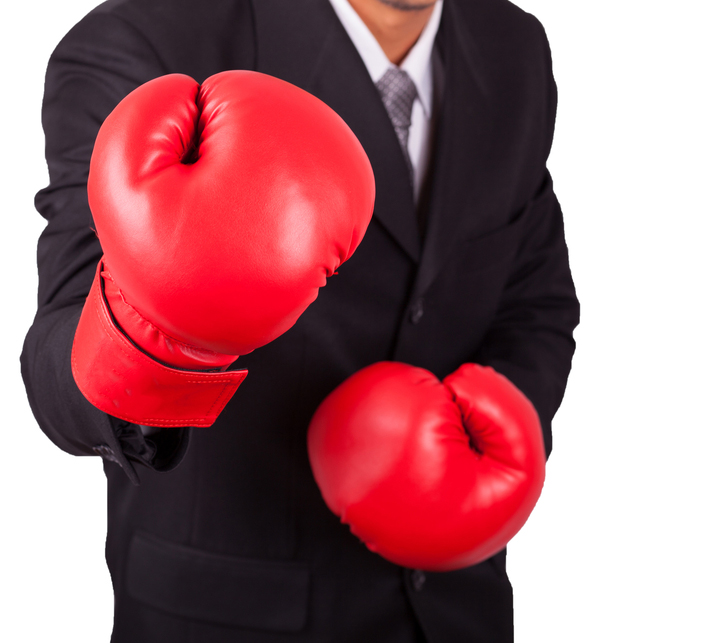 Boxing is one of those sports that will either have you on the edge of your seat or walking away from your seat, depending on how grisly the fight is. The contest of speedy reflexes, endurance and perseverance, where two boxers throw punches at each other with the intention of knocking their opponent out, first appeared in the Olympic program of 688 B.C. Back then, fighters would wrap their hands in simple leather strips for protection. The Romans then felt a sudden need to add brass studs to the leather strips, which they called “cestus”, to enhance the violent nature of the sport. This addition definitely added another dimension to the phrase ´knocking sense into someone´.

However, the inventor of the modern boxing glove, referred to as “mufflers”, was an English fighter named Jack Broughton. It was technically the American fighter John Sullivan, otherwise known as “the Boston Strong Boy”, that popularized the wearing of these gloves in 1892. But how many people paid attention on May 2nd to the gloves that Floyd Mayweather was wearing, the careful craftsmanship that went into them and the supply chain needed to facilitate their manufacture?

The press conferences for these main events build up the ecstatic momentum behind the fight, but little attention is paid to the gloves that knock opponents down to size. While the boxers train, factory workers meticulously cut up the leather, sew it together, and ensure the fighters can give the fans the show they want to see.

Some of the best boxing gloves on the market are manufactured by Grant Gloves, the brand of choice for Floyd Mayweather in his most recent fight against Manny Pacquiao. Grant gloves, founded by Elvis Grant Phillips in the USA, are hand-made in Mexico. Of course, the company does not publish its sourcing secrets, but several components are used in the manufacturing process, including foam padding, latex, cow hide, goat leather and other materials. This certainly requires more supply chain coordination compared to the leather straps that were used by the early Olympians.

Elvis Grant Phillips designs the gloves himself, with some of them being made of alligator skin and others of ostrich skin, further distinguishing the brand from its competitors. It is, however, the hand-made highly refined manufacturing process that really adds the ‘amazing’ to the boxing glove’s journey to gyms and championship rings across the globe.

Once the designs are received, factory workers in Mexico begin by getting all of the necessary components ready. This can include materials such as tanned leather from cowhide due to its durability and flexibility, horsehair to add more power behind a boxer’s punch and polyurethane as a padding material. The gloves worn by both fighters in the recent prime time fight, however, did not contain horse hair.

Once all materials have been received, factory workers in Mexico then work to cut and shape the leather with precision into the needed boxing glove patterns. These patterns consist of a back portion, wrist section, knuckle piece, thumb segment, the palm section and the backhand portion. The knuckle piece is also made slightly larger than the required finished size so as to leave space for the stuffing.

These parts are then patiently stitched together by the needles of workers with a nylon based thread to ensure that the padding remains stable and that the gloves are of a high caliber. This is followed by the closing of the gloves with a hook and loop material as well as a single strip of leather which is folded over the open edge of the cuff and lace area. The entire manufacturing process is done by hand and the boxing commission of each country maintains quality checks throughout the process. Then, the maker´s label is sewn or pressed onto the back of the cuff. Finally, the gloves are packaged, ready to be shipped to both sports shops and champions throughout the world.

To sum up, irrespective of the result of the Mayweather and Manny Pacquiao match, one thing is certain: The gloves that Mayweather won with, began in the field of a Mexican farm and managed to land in the championship ring, on time and produced by hand to the highest of quality standards.There are already rumors of a rematch between these two boxing titans. Maybe Grant Gloves would be interested in producing a documentary about the journey of Mayweather’s next set of championship gloves?

Although boxing gloves have not changed much since the games early inception – the manufacturing and supply chain processes surely have.

Mohammed contributed to the Inventory and Supply Chain Optimization Blog from 4/2015 to 8/2015, covering the latest breaking news and trends in the supply chain industry.

Thanks for sharing this informative post about supply chain optimization of Boxing gloves. Boxing is no doubt a widely played and loved game all over the world.