Home General The end of globalization? – How global supply chains (must) change after the Covid-19 pandemic 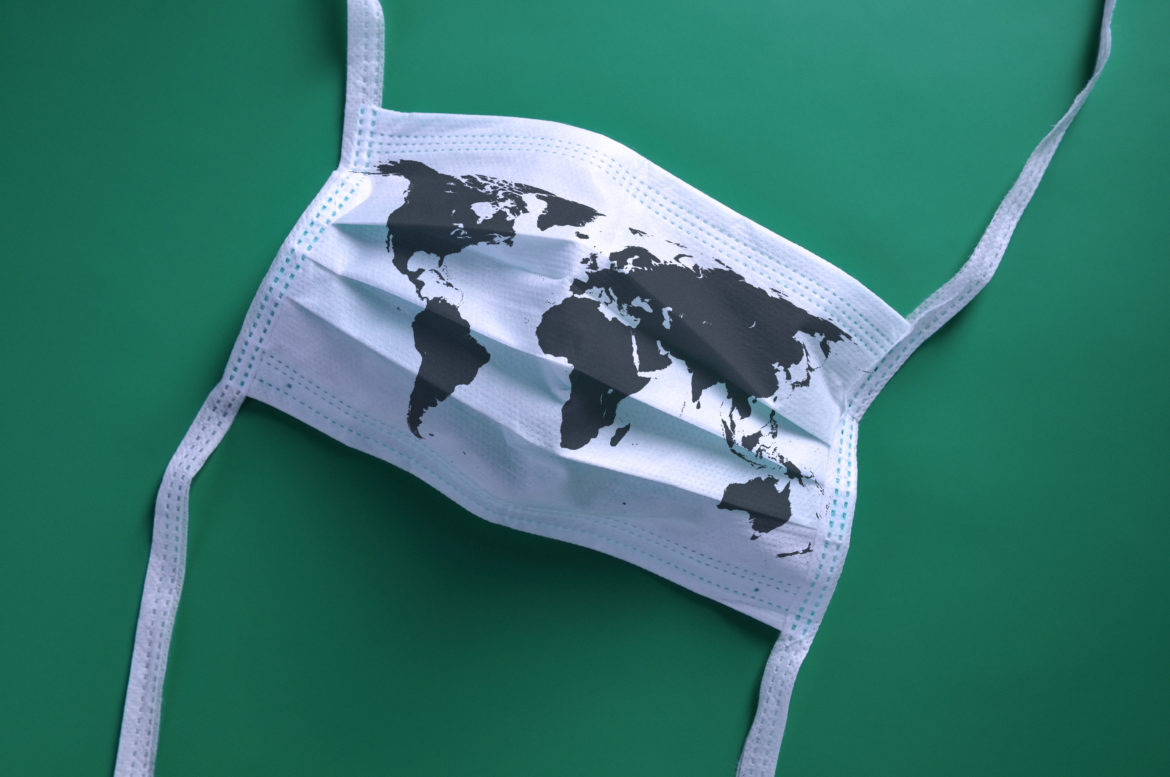 The end of globalization? – How global supply chains (must) change after the Covid-19 pandemic

The ongoing corona crisis is causing a worldwide breakdown in public and social life. In addition to the closure of all cultural institutions and the prohibition of meetings of more than two people, the global economy is also facing an enormous challenge. Companies around the world are rethinking and questioning globalization and its disadvantages as a result of the corona virus.

In recent decades, globalization has transformed our entire world economy into a complex systemic network with an extremely high degree of interdependence. However, the decisive advantages it has brought are often forgotten in discussions such as these. The global division of labor has helped the world to achieve enormous growth in prosperity and saved several million people from deep poverty. If this development is reversed, emerging markets especially will suffer.

Yet even before the outbreak of the virus, there was a trend towards deglobalization. The trade dispute between the USA and China as well as Brexit were not only events of great media interest but also highlighted this trend.  This development is now reinforced by the pandemic. More and more companies are talking about “shortened production and supply chains” or the “taking back of production and jobs to their own countries”. But are these measures really beneficial?

If you look at the industries that have been particularly affected by the crisis, such as automotive, pharmaceuticals or consumer electronics, it becomes apparent how dependent large companies are on China or other economies. The US automotive industry sources around 15% of its components from China. The high degree of specialization of these suppliers and the resulting lack of usable alternative solutions illustrates the problem. As soon as a container with production parts from China is missing, entire factories are shut down indefinitely.

The same applies to the pharmaceutical industry, which is currently being flooded by a huge wave of demand. In fact, in this industry France and Germany are 80% dependent on imports from abroad, with 40% coming from China. It is beyond question that in many cases demand cannot be met to any extent. Extreme cost pressure by health insurers and the fact that production in the home country would be much more expensive do not support the idea of “bringing production back into the home country”.

And here is how the pandemic affected the consumer electronics industry: Global sales of smartphones will decline by around 12% in the next quarter. Laptop manufacturers even recorded a decline of around 50% in February. The reason: Chinese factories shut down due to the corona virus. Surely, this highlights our interdependence on global economies. It will be interesting to see if the sudden increasing demand of laptops and other “home office equipment” will be met by those factories which are being ramped up just now.

The reasons for this threatening economic damage are not only the unavoidable dependencies, but also the way and strategy of storage. Today there are oftentimes no more hidden reserves or emergency stocks in a modern warehouse. Only what is really demanded will be produced and delivered – to put simply: just-in-time. The cost advantage through savings in warehousing is clearly the most important factor. However, in times like these, many companies would have made good use of corresponding inventories to prevent delivery bottlenecks and entire production breakdowns. Exceptional situations often lead to a reflection and reassessment of one’ s own supply chains and guidelines. Companies realize that cost efficiency is not always the main priority, but that a less complex supply chain and sufficient reserves can be beneficial despite higher costs. Per Hong, a supply chain consultant at Kearney, speaks of a crucial factor that many companies lack during the crisis: risk competitiveness. A company’s own supply chain should be robust and resilient in order to avert threats such as a pandemic.

Abrupt decisions regarding key suppliers or production sites should not be made solely as a reaction to the current situation. Obviously, many companies are questioning their international presence and will probably reposition their operations and probably a few will abandon globalization. Changes should be considered in the long term and should be made by examining all potential alternatives. A pandemic shows more the danger of highly complex just-in-time deliveries than the danger of international ones.

Global crisis vs. crisis of globalization

The coronavirus is an exceptional situation. It clearly shows how vulnerable and fragile globalisation can be. But that does not mean that an end to globalization is imminent, because it was the trigger that made the world economy what it is today in the first place. The crisis will probably lead to supply chains becoming less complex and less dependent on specific suppliers. Perhaps new forms of networking will become significantly more widespread in the future. A well-known example that is now being mentioned more frequently is the phenomenon of glocalization “think global, act local”. It is definitely not the end of globalization, but perhaps a beginning of glocalization, which will involve a reorganization of global and local civil society.

What measures will your company take in response to the pandemic?

I am a Digital Marketing Specialist who always follows the latest developments and trends in many different areas – from online marketing to technology and logistics. Follow me on Twitter or connect with me on LinkedIn.

wonderful post, very informative. I ponder why the other experts of this sector don’t notice this.
You must proceed your writing. I am confident, you’ve a huge readers’ base already!

Keep up the good work!

cool post. I just stumbled upon your blog and wished to say that I’ve really enjoyed browsing your article. After all I’ll be subscribing to your rss feed and I hope you write again soon!

Simply desire to say your article is as astonishing.
The clarity in your put up is just excellent and i can suppose
you are a professional in this subject Thanks a million and please continue the gratifying work.

Hello. This post was extremely interesting, particularly because I was looking for thoughts on this topic last Thursday.

Nice post. I learn something new and challenging on websites I stumbleupon everyday. It’s always exciting to read articles from other authors and practice something from their sites.

I am happy I found your blog. You have composed an extremely understandable post and also I’m certain that really feel similarly. I will remain to surf around your internet site to see what other rate of interests you have. Thanks for the efforts that you have actually put in so far.

Your research into this subject excites me. I am researching it also and need to admit that you have more expertise than me concerning it. I am thrilled that I discovered your blog site. I hope to see even more soon.

Everything is very open with a very clear description of the challenges.
It was really informative. Your website is very useful.
Thanks for sharing!

I could not resist commenting. Exceptionally well written!

I’m not that much of a online reader to be honest but your blogs really nice, keep it up!

I’ll go ahead and bookmark your website to come back later.
All the best