Home Events The Future of the Last Mile: L in L Event Review 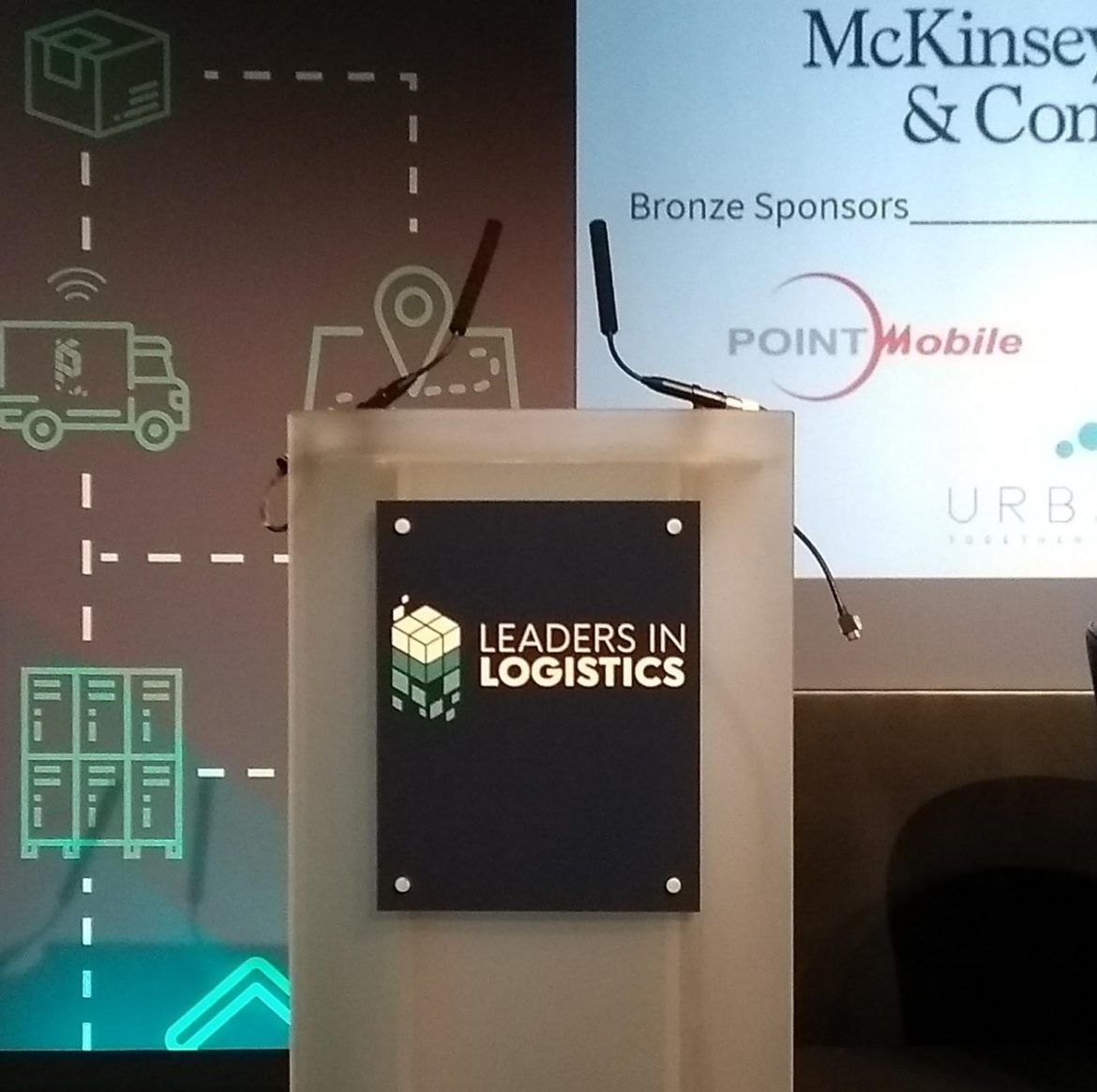 The Future of the Last Mile: L in L Event Review

Last week, I had the privilege of taking part in the brand new Leaders in Logistics: Last Mile Delivery event in London. Industry professionals from all over the world attended the one-day event, including speakers from up-and-coming start-ups such as Urbantz and bpost, as well as long-established leaders such as DHL and UPS.

I gained several key insights from a variety of key notes, roundtable discussions, panel discussions and case studies etc., but I would like to break the event down for you by discussing the key topics of interest.

The viability of same-day shipping as a new standard

McKinsey & Company held an engaging workshop, where the speakers presented 4 different debates regarding the possibilities for same-day shipping and the potential role of ‘traditional’ retailers. Interestingly, 65% of those who attended believed that same-day shipping is a looming shipping standard, while the rest believed it would remain a niche. The main argument for this is that e-tail super giants like Amazon and Alibaba have such dense networks that they can pull off same-day delivery and they are, in part, already conditioning customers to expect it.

On the other hand, although Amazon and others are jumping on the same-day bandwagon, outside of the grocery sphere, there isn’t much scope. Amazon’s same-day offerings remain a very small fraction. The popularity and need for same-day services may depend upon the market and urgency of what is being ordered. After all, it wouldn’t make sense to have a sofa delivered on the same day of order, for example.

Another interesting idea presented was that “ship-from-store can pave the way for same-day.” Again the majority (64%) voted for this, whereas 36% believed this would not be sustainable in high volumes. Brick-and-mortar retailers’ potential for same-day shipping lies in their large, evenly spread networks, which usually cover more ground than say Amazon networks. The speakers gave one example of an anonymous retailer, which would be able to accommodate for 60 % of Germany’s population with just 30 of its stores.

The opposing argument was that it would pave the way to a dead-end. Greater complexity is implied, including very high costs. Stores would have to manage issues of inventory transparency and return networks, for example, and it could prove to be more expensive than productive for traditional retailers. Furthermore, data shows that most retailers don’t think more than 10% of their in-store inventory will go to online orders.

The bright side of domineering super giants such as Amazon is that they encourage greater efficiency in the industry and promote innovation. With today’s technology and predictive capabilities, companies have far less of an excuse for long delays, lost or failed deliveries, and miscommunication. Isabelle Baumann, Head of Business Innovation and Technology at Post Nord, gave an inspiring presentation on why “the battle in logistics will be in digital- not in physical.”

Not too long ago, Post Nord released an app that allows consumers to track and coordinate parcel deliveries and removes friction for retailers. The app has so far attracted 3.5 million Nordic consumers. Data has shown that on average, consumers check on the location of their parcel 7 times per delivery. The Post Nord app allows users to choose where to deliver to and the method of delivery. Since Post Nord added an option to deliver without proof of delivery, the number of failed deliveries has significantly been reduced – a major issue the logistics industry is battling with right now. By creating a digital ID, recipients have the option to send their ID via their smartphone to others for package pickup. App users may also buy postage or choose to upgrade to home delivery, and so on.

Post Nord has essentially built a digital checkout for its retail partners, and gained access to new sales channels to ensure it stays “hyper relevant” in all digital channels. The company has found a vital advantage in being present where online orders are made and by being available on open platforms.

This topic came up a few times, as it is still a fairly new and revolutionary concept. For many companies this still doesn’t appear to be an option because it costs a pretty penny and there are a number of obstacles to overcome. Amazon has been delivering goods in homes, cars and garages across the US for a short while now and Walmart is soon set to launch its own in-home grocery delivery service.

But across the pond, smart locks and in-home delivery remain relatively unheard of. Andy Rodd, Operations Head – JLP Ventures at John Lewis, led a roundtable discussion on a Waitrose in-home delivery pilot that he is currently working on. The UK supermarket has been piloting an ‘in-fridge’ delivery service, currently operating in South London with around 50 participating customers. The initial focus is on groceries, due to the frequency of deliveries and all participants receive a free Yale smart lock.

All the in-home delivery employees must wear body cams to video each delivery from entry to exit. They also have to use shoe covers and hand sanitizer for hygiene purposes. The common feeling among participants so far has been that it’s a service that you have to try first to realize the full benefits. Customers have loved the “miracle factor” of returning home to a fully replenished fridge. However, one barrier to kicking off in-home delivery is that the UK smart lock market is still in its infancy. People need a change of mindset, as there are many who fear that a smart lock would leave them more vulnerable to criminal activity, despite the fact that insurance companies consider them to be more secure.

DHL and Deutsche Post have also explored the possibility of in-home delivery, although previous pilots have failed. One of the biggest obstacles is gaining access to apartment buildings and the regulations concerning shared buildings. Companies must also find a way to get the approval of landlords. According to Dr Clemens Beckmann, it was much easier for DHL to persuade real estate agents to support the introduction of smart locks and in-home delivery.

I hope this gives you some idea of the topics that are currently on the agenda for logistics leaders. Many more topics were discussed, such as automation, delivery robots and electrification, but I must point out that buzzword blockchain was hardly mentioned and the speakers seemed most sceptical of drones- or of their use as a logistics solution in the short-term, at least.

I would like to say a special thank you to Market Force Live for organizing the event and to all of the speakers. I left London feeling very inspired.

Enjoyed looking through this, very good stuff, appreciate it.