Home Logistics The Impact of Electric Vehicles on Automotive Logistics 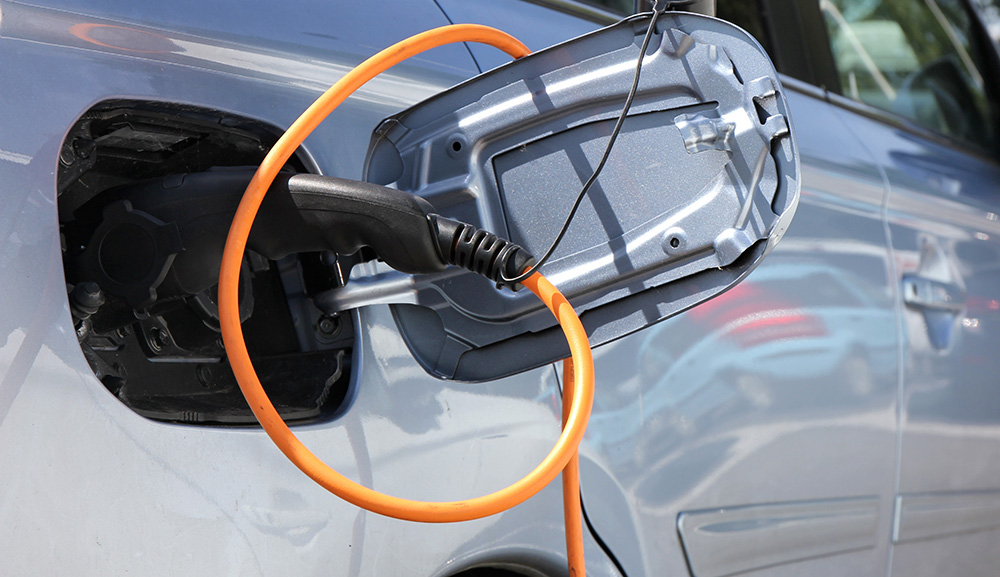 The Impact of Electric Vehicles on Automotive Logistics

On July 7th, 2017 production began on Tesla’s new $35,000 Model 3 sedan. This puts the new model at a significantly lower price level than its predecessors, with the Model S starting at $70,000 and Model X for around $85,000. With a range of at least 215 miles, the new model offers more range than the Nissan Leaf and BMW i3, two of its main competitors. However, it is doubtful that the price is low enough to guarantee mass suitability.

Besides the ongoing Tesla hype, the general question arises: Will electric vehicles gain predomination over the automobile market in the future? If so, when will they dominate the picture of our streets? According to PwC Autofacts, in 2030 almost one in three European new vehicles will be electric. The forecast anticipates that electric vehicles overtake conventional cars for the first time with a market share of about 30 percent in 2028. In North America, the outlook predicts an even stronger market polarization. Here the electric vehicle share is supposed to increase to more than 35 percent by the end of 2030. Currently, around 97 percent of new vehicles in the EU have a combustion engine. This share will, according to the forecast, decrease to 90 percent in 2020, and to 50 in 2025. By 2030, the market share will be only around 15 percent.

What remains to be seen is whether electric vehicles will gain market share as rapidly as predicted. However, the automobile producers have recognized the signs of time – some after a bit of hesitation – and have begun to position themselves for the shift. For example, the Swedish car manufacturer, Volvo, wants to introduce only partially or completely electric models to the market, starting in 2019.

German car manufacturers are also paying more attention to the electric vehicle turnaround. VW announced that in 2025, they plan to sell two to three million fully electric cars annually. Daimler wants to introduce more than ten new electric car models to the market by 2022. And these are not only empty phrases; an ambitious e-mobility strategy can be considered vital for car manufacturers. For instance, in China, it is already decided by legislation that cars without electric engines will be unsellable in the near future. China will tighten the emission limits so strongly that the only way to comply is through very expensive technology or by using electric engines.

Other industries are also taking notice of the electric revolution within the automotive sector. Companies such as DHL increasingly recognize the importance of e-mobility. Together with RWTH Aachen’s startup Streetscooter, DHL plans to expand their current fleet of electric delivery vehicles twofold.

That change has implications for the complete automotive supply chain. For example, an eight-cylinder engine consists of around 1.200 parts, whereas an electric engine is only composed of about 20 parts. That difference affects the suppliers. With the decline of the combustion engine comes also the decline of complex engines with cooling systems, elaborate gears, and expensive exhaust systems. With electric vehicles, battery production is, to a large extent, automated. Specialized suppliers of parts such as pistons or crankshafts, that are needed to transform the pressure caused by combustion into a rotation, will not be required anymore.

With the adaptation of electricity as a power source, increased safety and handling requirements of applied batteries must be cost-efficiently integrated in logistics processes. That integration also depends on the car manufacturer´s decision whether to produce important components for the electric vehicles in-house or to outsource. Battery production includes complex chemical processes and high quality requirements, and even Tesla who operates their own “gigafactory” has already struggled with a battery shortage due to problems with the 100kWh battery production.

Moreover, automobile producers gained their expertise in producing combustion engines and cars over decades. Building up the same knowhow in battery production in a considerably shorter period is challenging. In general, the market entry barriers for new competitors are lower.

Vehicle distribution is changing, too

New vehicles with combustion engines are already driven many miles before arriving at the customer. It is the same with electric vehicles, but additionally, the battery status needs to be considered during the logistical processes. That means also new challenges for car terminal operators. Do the cars´ batteries need to be charged while stored at the terminals? How are routes and the time at the terminals calculated best, when a new parameter like battery charging is added?

If necessary, investments in charging stations occur that need to be installed directly at the terminals depending on the process handling. Also, the length of the battery charging would have to be taken into account in order to optimize all subsequent processes.

In principle, it is questionable how to optimize the processes to integrate the car´s range and battery life intelligently. Additionally, there are new safety guidelines during the distribution processes. The lithium cells built in the batteries are highly flammable. To avoid an electric shock, the high-voltage component needs to be disconnected in case of fire.

The e-mobility hype is in full progress, and the automotive industry recognizes the chances by now, too. For many affiliated industries, the trend means preparing today for future business models and production. The OEMs and logistics service providers need to adapt the car manufacturers´ business and production models. E-mobility leads to new challenges for all parties, and changes not only the picture of our streets, but logistics processes.

What challenges do you see in automotive logistics caused by the rising demand of electric vehicles?