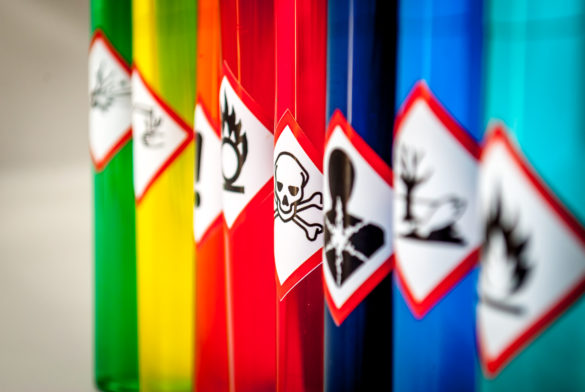 On August 4th, 2,750 tonnes of ammonium nitrate – equivalent to approximately 6 million pounds – that were being stored in a facility at Beirut’s port caught fire and exploded. The human toll of the blast was enormous; the accident killed at least 163 people and injured 6,000 more. Tremendous damage was done to structures at and around the port and surrounding areas. The fact that the storage location was facing the sea is probably the only thing that saved the city of Beirut from total destruction.

The shipment originally arrived on a vessel from the country of Georgia in 2013. Although it was just pausing en route to Mozambique, it was seized and held in the port because of outstanding debts that were claimed in the Lebanese court system. The ship was deemed un-seaworthy in 2014 and the cargo was unloaded into “Hangar 12” where it would remain for nearly 6 years.

It is clear to supply chain professionals that this was a supply chain fail but rather than being one huge failure, the Beirut port explosion was the result of a chain of failures:

It would be easy to look at what happened in Beirut and think it was an isolated string of unfortunate events. Unfortunately, the same mistakes and examples of mismanagement that led to the port explosion happen regularly in supply chains all around the world.

The lessons associated with moving and storing dangerous or hazardous goods usually seem painfully obvious in retrospect, but they have been made before, and – sadly – they will be made again. Each of these sad incidents has a different level of impact, and a range of different causes, but given the critical role that people play in supply chain operations, they almost always have a human toll.

Take the following example from the United States:

In 2018, a can of aerosol bear repellant fell off the shelf of an Amazon warehouse in New Jersey. 24 employees were sent to a local hospital, one in critical condition. Since the problem with bear repellant had happened repeatedly in the past, action had to be taken. In 2019, Amazon announced that they would build a specialized warehouse just for hazardous materials such as nail polish remover, bleach-based cleaners, and (of course) bear spray. In recognition of the danger associated with these products – either on their own or in combination – Amazon designed the warehouse to be smaller, include additional safety mechanisms, and keep specific materials separate. They will also no doubt have to provide regular specialized training for anyone working in and around the warehouse.

While the bear spray incident pales in comparison to the explosion in Beirut, it was just as preventable. It took multiple bear repellant incidents to cause Amazon to take action, since thinking an issue is a one-time problem is the easiest mistake of all to make.

Supply chain managers need to be aware of the potential danger represented by the materials moving through their own supply chains or adjacent supply chains that share warehousing and logistics capacity. Some examples – like bear repellant and ammonium nitrate – seem like they would obviously justify additional oversight, but in a busy, distributed workforce, even the most dangerous situations can be overlooked.

Knowing what materials are being stored where, under what conditions, and with what concerns is a key safety measure. As we observed in Beirut earlier this month, it can be a lifesaver as well.

Top Supply Chain Fails and what we can...

I like this web site so much, saved to favorites.

It’s really a great and helpful piece of info. I am glad that you shared this helpful info with us. Please keep us up to date like this. Thanks for sharing.

excellent post, very informative. I wonder why the other experts of this sector don’t notice this. You should continue your writing. I’m confident, you have a great readers’ base already!