Home General Wearables – From Clothes to Cars and Beyond 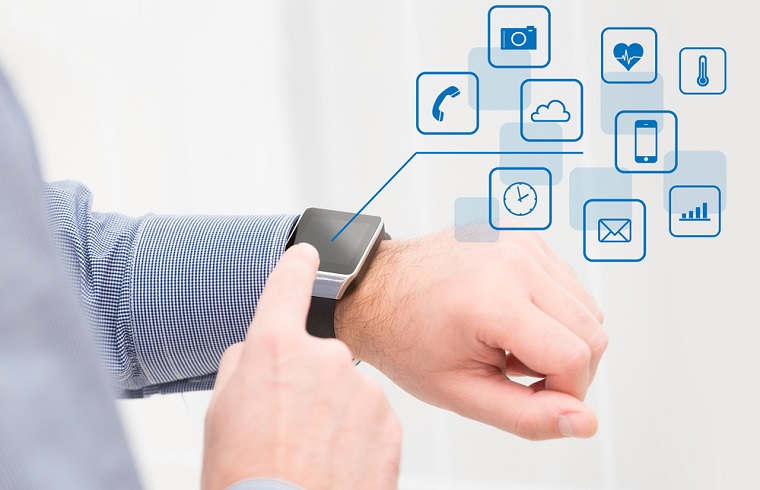 Wearables – From Clothes to Cars and Beyond

When the temperature rises above 85 degrees (F), I prefer being at the beach or in the cool shade. Recently I was observing some hard-core athletes jogging in the blazing sun, some even doing some push-ups intermittently to create some variety in their run. From my vantage point in the shade, I noticed that more and more sports enthusiasts are wearing smart watches or fitness bands on their wrists to track and record their performance. These wearables can easily measure the number of steps, heart rate and calorie consumption. But also the less motivated amongst us can profit through the use of wearables as they hold us more accountable and make us less likely to cut that one corner or claim to have run four kilometers when we only ran two. This portable technology provides important performance information and it also provides evidence.

The potential of wearables is boundless

In my opinion, the future of wearables is not only limited to sports. The intelligent devices which are worn directly on your body are also promising in application fields such as medicine, logistics, or our daily routine. As the “Internet of Things” is increasingly expanding, we will be permanently accompanied by big amounts of data. Areas of application will expand as our whole surrounding will be intelligently networked. This way, things can communicate and interact with each other. Then, other “things” are able to use the information our wearables are providing and processing.

Thus, smart clothes could trigger certain events for me, when I am entering a room. For example, the light intensity and color, or the music volume would change according to my preferences. Alternatively, my playlist or favorite TV channel could be played automatically. A Remote controller or various buttons would become obsolete because I am already bringing the data along. Further, I can imagine glasses – one of the oldest “wearables” – that enable us to see through a finely-mesh net of transparent Nano-prisms instead of cut optical glass. This net is constantly following my eyes and sharpening the exact areas I am looking at. These glasses, or better yet “smart lenses”, would also enable you to read and recognize the smallest of letters in a dark environment. If desired, the glasses could interact with me optically, signaling where I have to look when I am, for instance, at a mall, city or museum. This way, I can find an interesting cultural monument, or maybe the small screw I was looking for, or any other thing that I am interested in finding very quickly.

More serious application areas such as medical emergencies are also possible. For example, there are emergency cardigans that older people or stroke patients can use when they are home alone and need to get help due to physical problems. Another example is a glove that makes the everyday life of the visually impaired easier. The gloves enable them to formulate and understand texts in their palms due to vibrating sensors. The texts written in the hand are sent as text messages or email via blue-tooth or vice versa.

Wearables in the automotive industry

As a big fan of everything that is related to automotive, electro mobility, autonomous driving and other visions of the future, I am especially interested in the use of wearables in smart vehicles. They are a promising future area for the portable devices. Our cars and especially their interior equipment could be radically transformed by wearables as there is not much needed when my clothes are bringing the main technology. The cloth can signal to the car via data exchange when entering which music I want to listen to during the drive. This way, also the air conditioning as a pollution component could be a thing of the past as the intelligent clothes would adapt to my personal comfort temperature. Of course, my wearables are configured to match my body temperature to my health and preferences. While the smart watch measures my pulse or the number of steps during jogging, in the car, it could inform me when I did not get enough sleep. With autonomous vehicles, I can grab a quick nap on the way to my destination.

Automobile producer Ford is currently working on such wearables for self-driving cars and their integration in the cars´ electronics. The aim is to improve the safety in the car through the use of external sensors. In Ford´s research lab, Automotive Wearables Experience  in Michigan, different approaches are researched to use the driver´s data, such as blood sugar or pulse for traffic safety. For instance, wearables were developed to measure the driver´s pulse. If the pulse is rising during heavy traffic, the device could enlarge the minimum distance to the vehicle ahead automatically by a speed controller. In addition, the cars´ voice command, lock and unlock as well as location could be controlled by a smartwatch or another wearable. Moreover, the wearables push the development of self-driving cars, because the drivers can be informed by the devices when to take-over the steering wheel. An additional vibration alarm at the wrist could improve an alarm function.

Currently, wearables are very popular with athletes. However, the portable devices have an important advantage: We wear clothes, accessories or watches daily anyway. Therefore, we can also use them to make the control and handling of new technologies much easier. Despite some questions regarding data privacy that have to be clarified, the potentials of wearables are extensive. Despite the fact that my practical use for wearables would be for an air-conditioned pullover rather than using a performance tracker in the sun, I am excited to see how the technology will evolve in the different areas.

Where do you see potential for wearables within the automotive and logistics industries?

Michael Schwemmle started working for INFORM in 2015. He is passionate about finished vehicle logistics and all topics related to the automotive industry as well as optimization.