Home Logistics Robotized automotive yards: When can we expect them? 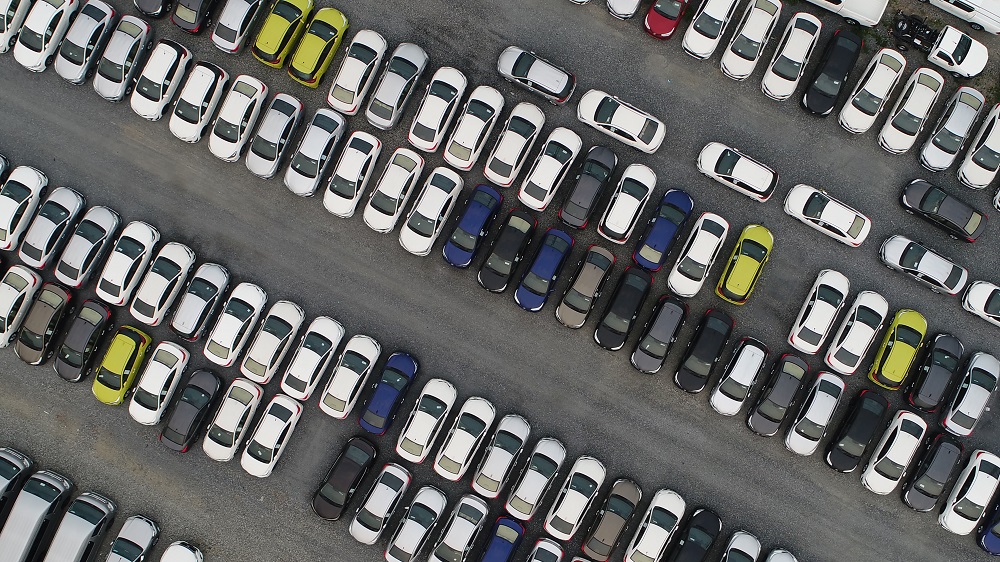 Robotized automotive yards: When can we expect them?

In most sectors today, you’ll often hear about labor shortages for tasks in distribution centers and transport. According to a report by CBRE, U.S. warehouses and distribution centers need to increase annual hiring by 226,000 jobs, 46,000 more jobs than the average number of jobs added over the past five years. As digital commerce becomes a bigger force in retail sales, demand for warehouse workers is growing faster than the labor supply. Companies are increasingly trying to compensate for this lack of labor by automating their processes. It is becoming more and more apparent that robots are changing the world of distribution. Take a look at how robots are being used to quickly move goods at this Alibaba distribution center. Another great example is the Chinese delivery company Shentong, which can sort and move up to 200,000 parcels per day thanks to the help of robots.

The same can be observed in container terminals, where Automated Guided Vehicles (AGVs) are the new standard to increase efficiency. For example, the Port of Rotterdam was the first port in the world with Automated Guided Vehicles (AGVs) and the first with automated terminals. The main advantages of this automation are reduced labor costs and more reliable performance.

In recent years, autonomous cars have been high on the automotive industry´s agenda, but it looks as if it will be some time before self-driving vehicles are produced and distributed on a mass scale. This could be a problem for automotive distribution centers and, thus, for the automotive supply chain, as processes need to be restructured and reorganized. Another question is how to make a transition from manual to autonomous driving. The latest thoughts are that robots can help teach companies how to operate terminals more automatically during this transition period.

The following examples can accelerate this development:

1) Düsseldorf Airport is trying to facilitate the search for a parking space with the parking robot “Ray”, developed by Serva Transport Systems. These robots are already being used at Audi in Ingolstadt to make the autonomous transport of vehicles there more efficient. In Ingolstadt, driverless transport systems transport the vehicles after production for loading onto railway wagons. The employees thus have significantly shorter walking distances, and their work is more ergonomic and pleasant. Even the batteries of the driverless systems are charged autonomously.

2) London Gatwick Airport is also testing an electric autonomous robot that parks customers’ cars for them. The Stan robot uses forklift-like arms and artificial intelligence to create up to 50% more parking space.

3) In the Chinese city of Nanjing, there is a fully automated parking garage that uses laser technology to enable precise parking. This acts as a solution to the megacity’s parking space problems , as the parking bays require 40 percent less space than in conventional multi-storey car parks.

However, there are still many questions for car terminal operators to answer:

1) Can the robots also work outdoors? How will automated transport work in bad weather such as snow and ice?

2) Can the robots  work if the surface is not flat and they have to cross steep bridges, for example?

4) How can robots be introduced smoothly so that trade unions are satisfied?

5) Is there a way to increase the number of robots so that the cost per robot is low and large companies (today there are terminals with 100,000 spaces) can use them efficiently?

6) Can the same robots also be used for areas other than the logistics of finished vehicles, so that the cost per robot can be reduced?

7) When can we expect the breakthrough of robotized car distribution centers?

Robots are already gaining ground in distribution centers and warehouses. Self-driving cars are a strong driver in the automotive industry and could soon also automate processes at car terminals, and thereby increase efficiency. However, robots can be used during the transition period before all cars are autonomous, as they are already partly used for the movement of vehicles, for example, in parking garages. In order to establish such automated processes, there are still a few important questions that need to be answered. I am curious to see what answers the future has in store for us.