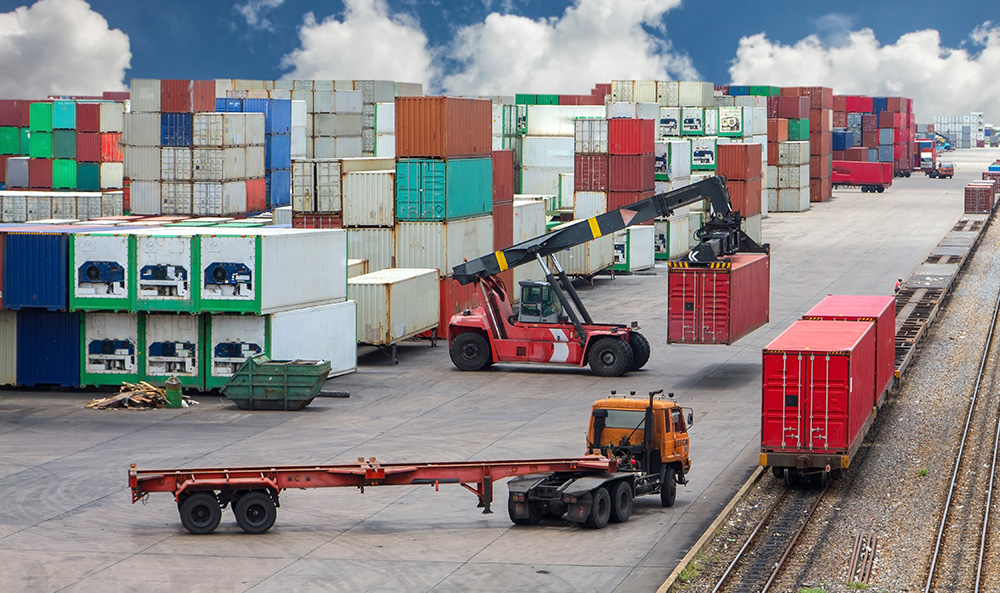 IANA Expo and the Intermodal Supply Chain in the United States

The IANA Expo 2017 recently took place in Long Beach, CA, United States. As a speaker at the event, I was also invited to attend the event in general. The overall view was a moderately positive outlook for the future of intermodal transport in the United States. This was best summarized by the initial extended session run by several notable consultants within the US intermodal space (Larry Gross, Alan Murphy, and Lee Clair). Across the group, there were varied views from each of their individual specialities. In general terms, intermodal in the United States is growing due to international imports.

For rail, the focus is on increasing intermodal growth while offsetting costs from significant declines in bulk transport; throughout 2016 rail has managed this reasonably well alongside continuous cost reduction programs.

Turning to maritime, the shipping industry is starting to show signs of recovery, but basic supply and demand will take time to balance out (there is higher supply which is keeping the sell price low). There isn’t an indication that this will balance in the back end of 2017 or early 2018 according to Alan Murphy in his Intermodal FreightCast presentation. Further, the consolidated shippers need to embrace a form of “coopetition” to keep this recovery moving forward.

And lastly, trucking. While politicians won’t say it, 2016 represented a sizable recession in trucking. 2017 is looking better due to growth in the US economy, shifting needs of eCommerce, rail terminal capacity shortages and improvements in the brokerage channels, but it isn’t a full recovery. The major factor hampering the recovery effort include the shortage of truck drivers as Lee Clair outlined in his Intermodal FreightCast presentation.

Socially, the demographic makeup of the US population has changed significantly. To start with, baby boomers are no longer the largest purchasing audience (it’s Millennials now). In addition, the population is significantly more ethnically diverse. Furthermore, there has been a sharp rise in single parent households, and the middle class is shrinking. All of these changes impact consumer buying behavior.

Consumer buying behavior is changing the supply chain in North America – consumers want to go online, order something and have it turn up tomorrow. Amazon is leading a movement of retailers who are happy to oblige. As a result, eCommerce is fragmenting truckload shipments as “retail” changes from a model with remotely located, large distribution centers, to one with centrally located, smaller fulfillment centers to meet the shipping demands of consumers.

Geographically speaking, the trend from 2002 to present shows large shifts in the distribution of the population from the central states to the West and East coasts. In recent years, this shift has been stronger to the East coast. The current intermodal supply chain has been built with Chicago at its heart, yet the state of Illinois is one of the states with a declining population. Does it make sense for such a high quantity of shipments to move through Chicago in the future, or does a shifting population distribution mean that the intermodal networks will need to adjust? Can these networks adjust to better suite the US population distribution of the future, or will they be too slow to adjust?

All in all, the IANA Intermodal Expo proved to be an interesting insight into the US intermodal supply chain. While this article focused on a few elements of that conference, it only scratched the surface when compared to the detailed speaker panels that covered topics from automation and cloud to shifting trends in vessel routing.

Do you think the US intermodal supply chain will need to evolve to remain relevant to a changing socio/demographic makeup?

Matthew Wittemeier is responsible for Marketing and Sales of INFORM's Logistics Division. He brings over ten years marketing experience from a breadth of industries including aviation, creative, finance, and software services. He holds a Bachelor of Management and Professional Studies from Southern Cross University in Australia.

4 Things to watch out for in Logistics...

The IoT Is the Best Solution for Cold...

Getting your groceries delivered in minutes- How does...

A Quick Guide to Building a Custom Transportation...

[…] Fourth Industrial Revolution and its underlying principle of automation was a big-ticket topic in 2017 and will probably continue to be in 2018. With both logistics operators and vendors weighing in on […]