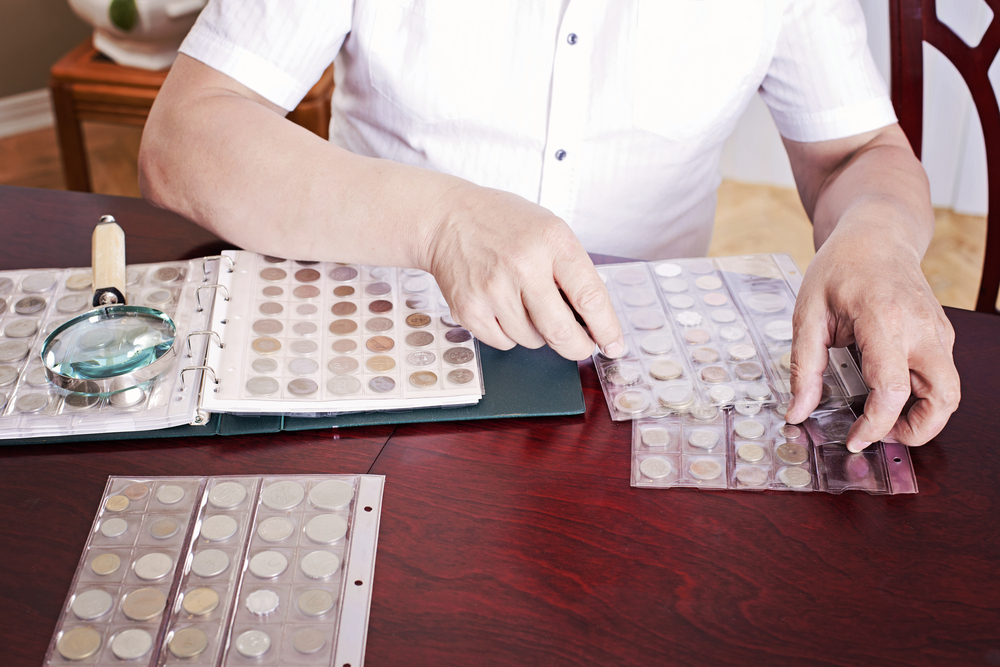 The Amazing Supply Chain of a Five-Euro Coin

Two weeks ago, the Five-Euro coin “Planet Earth” made its debut on the market. Coin collectors around the world kept a close eye on this new market entrant due to the coin´s special design and unique material. Therefore, on the April 14, many long lines were formed outside of German banks as coin collectors and other interested parties hoped to be one of the first to obtain the coin. Besides the new coins unique 5 Euro face-value, the biggest difference to other coins is its material – in particular a blue plastic ring. Although coins are not normally the target of counterfeiters, this ring actually increases the coin´s security against forgery. According to the European Central Bank, 142,000 coins were forged compared to 899,000 notes in 2015.

However, encircling the center, the blue ring separates the core and the outside ring of the new coin. The translucent plastic ring is a new type of material, a polymer which was developed by the Leibniz-Institute of the RWTH Aachen after eight years of research. The researchers hope the material will expand its application to other existing coins due to its protection against counterfeiting. According to the Federal Ministry of Finance this new 5 Euro coin is a “genuine innovation in minting”. This new polymer is plastic but still easy to mint and has no conductivity. It’s resistance to chemicals and stability against temperature, UV and water effects make it a great material for the minting process. The production of the coin is actually cheaper than the production of notes. However, if it were to become a regular currency on the market, the associated changes that would have to be made would be very expensive. Vending machines serve as one example. Currently, regular euro coins are tested by sensors in each machine according to their size, weight, electrical conductivity and reaction to magnets. Changing all the machines to fit the new coins’ characteristics would be a very cost intensive project.

How the special coin is produced

The mint presses – usually for bimetal coins – are from Schuler Group, a German factory with many years of experience in pressing coins. Although the connection of the three different rings is challenging, the global leader in minting technology also has significant know-how in this kind of minting process. Schuler Group, for example, supplied the governmental mint institution of Mexico with the world´s first tri metal minting press, which was able to produce 500 coins per minute. For the production of the new 5-Euro coins, Schuler delivered press lines to Munich and Karlsruhe where the coins are prefabricated and the three rings are pressed together.

The coins are then embossed in production sites in Hamburg, Berlin, Stuttgart, Karlsruhe and Munich. The design of the coin´s stamp was also created in Germany. The universe, atmosphere and the planet earth are the key elements of the coin´s design. The outside ring depicts the universe. The blue ring, which is developed from the new polymer, represents the atmosphere, serving as a protective ring for planet Earth, which is abstractly illustrated through the use of compressed circles. The motive on the front side of the coin is the German Federal Eagle. To bring the motives on the coin, a stamp with the design in negative form was created. This is a very time-consuming process which includes the creation of a plaster model, long hours at the computer, 3D laser scanning, computer files and a steel stamp. Before the surface is embossed, the typical notches have to be stamped into the edges of the coin by a special machine. These stampings are individual for each coin value and help the visually impaired identify the coins. After being stamped on the edges and the surface, the coins are ready to be put into circulation.

Although you can only use the new 5 Euro coins in Germany for payments, 2.25 million coins of this special edition will be put into circulation. 250.000 of them in a higher coinage quality referred to as “mirror finish” were already sold out in February. In my opinion, it is quite interesting to see the supply chain processes behind such a product even though I was not standing in line in front of the bank. There are many steps behind the production and supply chain of coins that most of us probably never thought about while holding a coin in our hands.

Are you planning on purchasing a Five-Euro coin? What do you consider to be an “amazing supply chain”?

Really cool! It’s fun to see how different things are made – especially things as mundane and used daily as a five Euro coin. Thanks for sharing this!

[…] Two weeks ago, the Five-Euro coin “Planet Earth” made its debut on the market. Coin collectors around the world kept a close eye on this new market entrant due to the coin´s special design and uniq…  […]