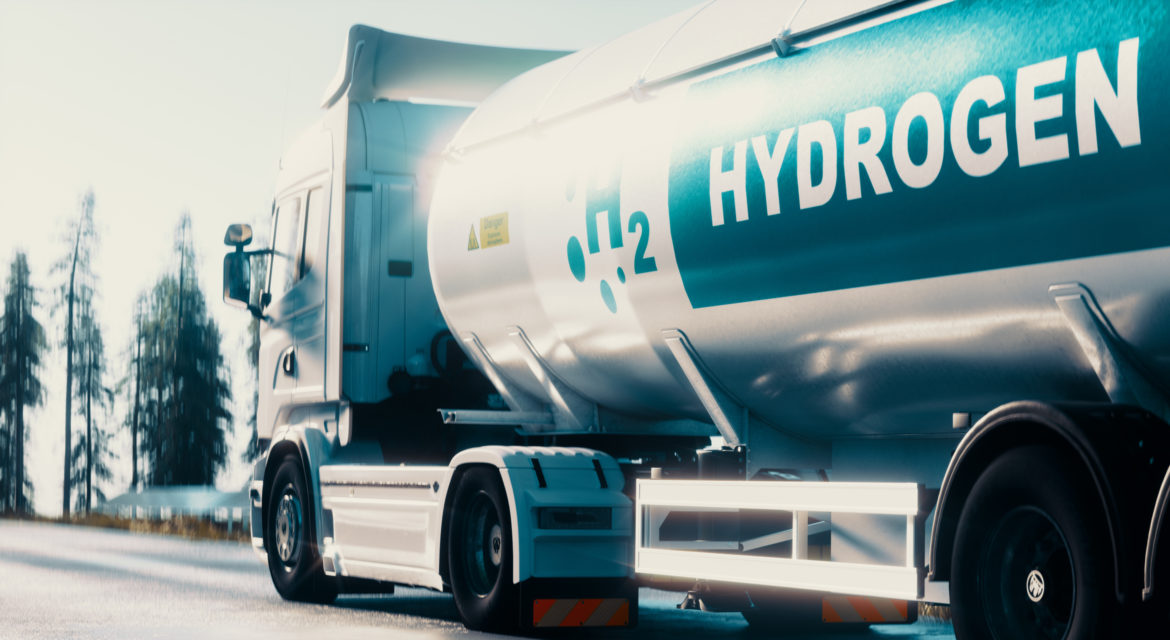 The future belongs to hydrogen, to green hydrogen – that’s what we frequently hear and read these days. Whether we believe it or not, it is true that hydrogen as an energy carrier can be used for many purposes and is even suitable for storing green electricity. We could use it to run the entire industry sustainably – at least politicians, scientists and economists all agree on this .

Furthermore, in some of the future scenarios, green hydrogen will power heavy-duty vehicles, aero planes and ships – with water vapor instead of exhaust gases. But, how far away is this brave new world? And who would benefit from this change of paradigm?

It’s quite clear that we can’t meet the challenge of a CO2-neutral future in logistics and also intralogistics with alternative forms of propulsion alone; we have to continuously improve processes. For example, an increasing number of parcel services are choosing to locate their delivery depots in city centers in order to shorten distances and bring the last mile closer to the customer. But this is not the focus here. I will summarize the long-term technological trends to help business leaders and decision-makers in logistics markets position their future shipping sustainably.

Only those who are aware of the prospects for the future can proactively plan. So, what are the fuels for the transportation of the future? Investors are spoiled for choice when choosing a propulsion: electric (mostly battery electric), synthetic fuels or drive technologies such as hydrogen in combination with a fuel cell or as direct combustion solution.

Using a truck for transportation has some unbeatable benefits: Predictable scheduling, cost-effective for short distances, better for perishable foods that can be put in storage easily, just in time delivery, door to door service and still huge opportunities to increase efficiency.

Some models are also available as trolley truck. This reduces costs as well as the need for heavy batteries and long charging times. Experts estimate that the battery for Tesla’s semi-truck, which is expected to be launched in 2023, will weigh up to six tons or more, significantly reducing efficiency and payload.

In contrast to longer distances, battery-powered trucks are much more suitable for the stop-and-go traffic in cities. Thanks to energy recovery through recuperation they require smaller batteries. A number of smaller companies have developed smart and successful concepts for last mile delivery.

In 2017, United Parcel Service began testing a hydrogen-powered delivery vehicle. US Hybrid, Toyota and Kenworth also plan to test Class 8 hydrogen fuel cell trucks. Last year, Hyundai began commercial production of its Xcient fuel cell trucks and has delivered ten of them to Switzerland. The company plans to sell them in other markets, including the U.S. by 2022. And this is only the beginning.

Nevertheless, hydrogen mobility is still taking place at a very low level. The technology is there, even if the fuel cells are very expensive due to the need of valuable platinum. In the fuel cell, hydrogen is converted to electricity which then drives an electric motor. However, the German company Deutz recently presented a hydrogen direct combustion engine. Other manufacturers will follow soon.

What we really need for a sustainable hydrogen economy is sustainable, green hydrogen. At present, only 2 % of the 600 billion cubic meters of hydrogen manufactured each year around the world is produced by water electrolysis.

98 % is produced from natural gas, partial oxidation of methane, and coal gasification, with carbon dioxide as a by-product. As a result, the production of one ton of hydrogen simultaneously produces eight to twelve tons of carbon dioxide. Thus, using hydrogen for transportation is currently rather more harmful to the climate than conventional diesel mobility.

According to the ADAC, Europe’s largest motoring association, a battery-powered electric vehicle has an efficiency of 70-80 %, while a diesel engine is around 45 % efficient and a gasoline engine only 20 % efficient. Due to numerous process and converting steps, high efficiency losses are incurred in the production of e-fuels. In the well-to-wheel analysis, only 10-15 % of the energy used in the process remains at the end.

Countries with high energy consumption will not be able to meet the demand for green hydrogen on their own and will have to import the ecological energy carrier in large quantities. Countries like Australia, Norway, Saudi Arabia and Argentina or regions like North and West Africa want to sell green hydrogen in the future. For Africa in particular, the energy transition can be an opportunity. Governments and ministers have already met and negotiated in this regard.

What is missing, however, is a global overview of the supply potential as well as an overview of the demand potential and to what extent they match. For a comprehensive analysis, possible production countries would have to be identified and analyzed worldwide.

We need clarity on natural potentials, such as resource availability of wind, solar radiation or water, as well as costs for plants and infrastructures such as electricity or gas pipelines. The economic analyses to date are based almost without exception on the consideration of costs for production and transport. However, market prices cannot be derived from this. These are based on marginal costs plus markups for taxes, profit, risk markups, distribution, warranty, R&D spending, etc., or even scarcity prices. Consumers and the business community require clarity about prices in order to be able to plan and invest for the long term.

The most common and important mode of transport in logistics is road and thus the largest consumer of any propellant. But shipping is in addition of central importance for today’s global trade which requires much higher and longer term investments. Aero planes and railroads must also be considered when evaluating the possibilities of a hydrogen-based transportation in the future. This will be done soon in part two: Impact of hydrogen on logistics part 2: Off-Road Transport.