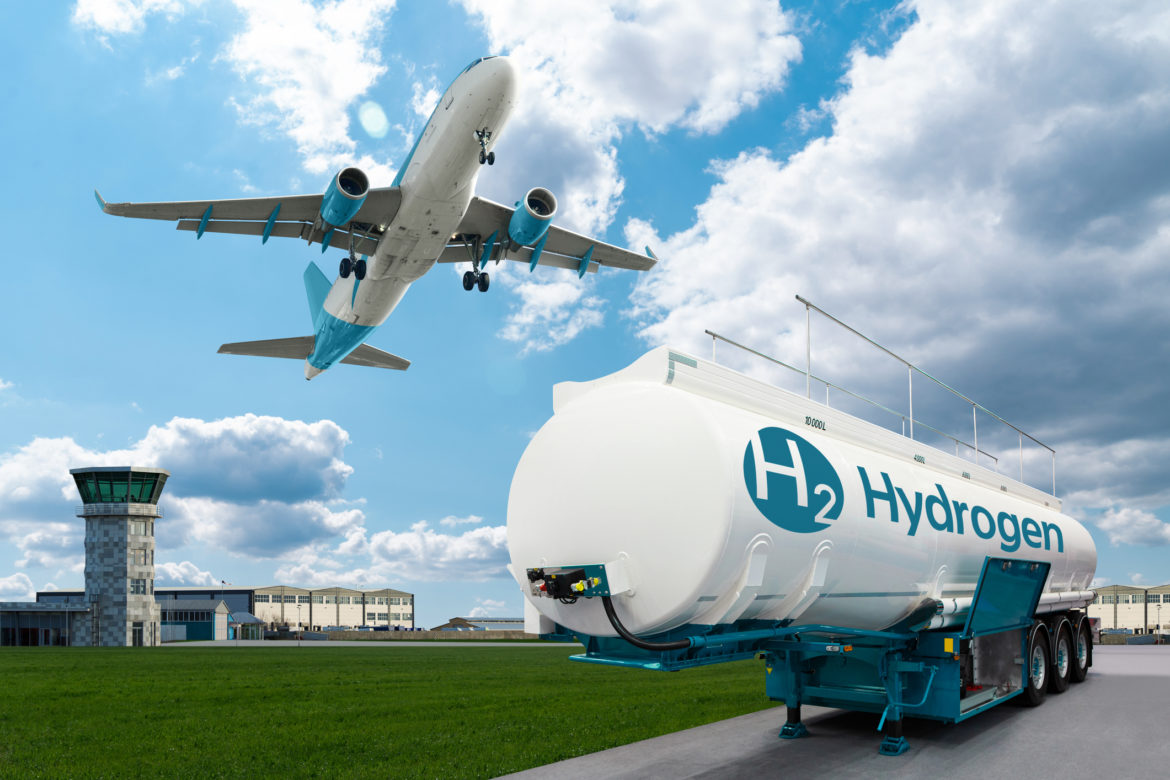 Sure, making logistics processes resource-efficient and environmentally friendly has been the goal of many companies for years – a process that is still ongoing. The most common reasons why companies decide to invest in energy-efficient and environmentally friendly measures include rising energy prices, pressure from stakeholders such as competitors, employees or customers, or political and legal requirements.

According to the European Green Deal, Europe aims at being completely climate neutral by 2050. The same applies to the USA, as Joe Biden pledges. Also China, right now being the biggest greenhouse gas emitter, plans to be climate neutral by 2060. Thus, it makes perfect sense to consider right now not only how we can work more efficiently, but in a CO2-neutral way. After all, most companies plan far into the future when making large-scale investments. A truck costing $100,000 or more has to be in service for ten years, aircraft, ships and trains even longer. Buildings and facilities even much longer.

By far the biggest part of the world’s goods are transported by ships, causing considerable carbon dioxide emissions. Currently, there are only a few small ships, such as ferries, that are battery-powered and cover short distances. One exception is the battery driven Yara Birkeland, an autonomous container ship that that was launched in 2021 and will be put into operation in Norway in 2022. The 80 m long and 15 m wide fully electric container vessel has a range of 120 km and can carry up to 3,200 tons. As the operator reports, the Yara Birkeland could save around 40,000 truck trips a year. With the improvement of batteries, range and capacity will continuously extend in the future.

Many modern ships already have so-called dual fuel engines that can use natural gas and bunker fuel to comply with severe emission regulations. However, this is only a temporary solution. Hydrogen in ammonia is being considered as a long-distance fuel.

A recent survey identified ammonia as one of the top three fuels with potential for 2050. The survey showed the industry expect ammonia usage to grow to 7 % of fuel by 2030 and 20 % by 2050.

While e-mobility is slowly but surely making headway on the ground, passengers and freight in the air will probably have to wait a while longer for sustainable mobility. Virtually all aircraft still fly on conventional kerosene, emitting pollutants that are harmful to the environment. Many airlines want to halve their emissions by 2030 and become climate-neutral by 2050. But so far there are hardly any alternatives to fossil fuel. This is because heavy jets in particular have extremely high energy requirements. Finding a substitute is not easy.

Airlines are repeatedly experimenting with Sustainable Air Fuel (SAF), mostly as an admixture. These biofuels have the potential to make air transport more climate-friendly and reduce dependence on fossil raw materials, as they are made from renewable resources such as oil plants, grain, algae and wood. Unfortunately, even after years of development, SAF are still too expensive.

For small aircraft, batteries are a possible way forward; for slightly larger aircraft, fuel cells could provide a remedy; and for long-haul flights, synthetic fuels made from hydrogen will be needed or hydrogen direct combustion. “H2 combustion could reduce climate impact in flight by 50 to 75 %, and fuel-cell propulsion by 75 to 90 %”, stated the Fuel Cells and Hydrogen Joint Undertaking (FCH JU) in a policy paper.

Although synthetic fuels just like SAF are climate-neutral in their totality, carbon dioxide emissions at high altitudes are still a concern, and the emission of nitrogen oxides and water vapor in high atmospheric layers is another problem, experts say. The development of certifiable technologies for climate-neutral long-range aircraft is possible by 2040, according to scientists from the German Aerospace Center (DLR).

Freight transport by rail is generally very safe, environmentally friendly with the lowest emissions of pollutants, and reliable. When considered in terms of ton-kilometers hauled per unit of energy consumed, rail transport is unparalleled in efficiency. Maximum economies are typically realized with bulk commodities, especially when hauled over long distances.

Another advantage that should not be underestimated is that the land consumption of the rail mode of transport is considerably lower than that of the long-distance road network in terms of transport capacity.

Admittedly, shipment by rail is not as flexible as by the highway, which has resulted in much freight being hauled by truck, even over long distances. Hence, an adequately and satisfactorily developed rail network does not exist everywhere. In the past, many countries have invested in the road network alone and neglected freight transport by rail – a drawback in terms of sustainability.

Electric mobility on rail is provided almost exclusively by electric locomotives and trainsets, which are operated via an overhead line or power rails. In freight transport, a diesel locomotive emits on average 1.7 times more CO2 per ton-kilometer than an electric locomotive.

No mode of transport is as close to the vision of “100 % electromobility” as rail. Whether using electricity from overhead lines, hydrogen or batteries, there are many ways to power trains without emissions in accordance with the surrounding conditions.

From the point of view of sustainability and reducing CO2 emissions, we don’t need to think about using hydrogen where we can also use electric drives. Only when we have surpluses of green energy do hydrogen trucks or trains make ecological sense. For airplanes and ships, the efficiency consideration is a bit more complex.

But: Currently, we consume more fossil resources than the world’s total electrical energy could convert into hydrogen. Furthermore: Current energy production would not even be sufficient for global hydrogen-based aviation. You cannot use zero-cost surplus energy of a smaller system (electricity) and expect to make a significant dent on a much larger system (liquid and gaseous fuels use).

In any case, the best and most efficient way to reduce transportation costs and improve the carbon footprint is to adopt a multimodal strategy when thinking about transportation by rail, truck, or ship. In general, sustainable structural change is crucial and taking action is better than waiting around for something to happen.

Policymakers must create a favorable environment for innovation in the context of sustainability transitions to bring about further fundamental and lasting change. First and foremost, the world needs sufficient renewable energy from all available sources: Solar, wind, hydro, geothermal, etc. Technically, logistics based on a hydrogen economy is readily possible today. We just need enough impetus, legal foundations, cross-national regulation of fossil raw materials and fair strategy for the transition.