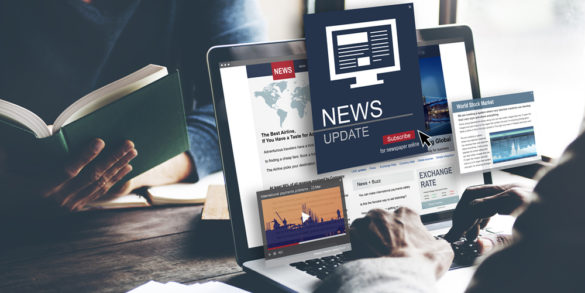 Ireland is increasing direct freight shipments to and from mainland Europe as businesses move to bypass potential disruption at British ports due to Brexit.

Many companies ship goods between Ireland and continental Europe via Britain, with approximately 150,000 trucks passing through what is known as the UK ‚land bridge‘ each year. Doing this via swift sea crossings between Dublin in Ireland and Holyhead in Wales, and then Dover to Calais, provides the fastest route to market for traders in perishable and high volume goods. However, the end of the Brexit transition period on December 31st means that truckers now face new checks as they leave EU territory to enter Britain from Ireland or France, and to return to the bloc after passing through the UK.

Risks around more paperwork at ports and potential chaos on the busy Dover-Calais route were highlighted just before Christmas when France closed the crossing due to concerns about a highly transmissible new Coronavirus strain, which led to huge tailbacks in which hundreds of Irish truckers were left stranded in Britain. This shows the need for alternative routes to the land bridge even with a Brexit deal in place. The delays at Dover prompted a surge in demand for such services, and despite sailing times being longer on direct sea crossings to the continent, worries about Brexit have already pushed many Irish exporters and importers to make use of increased capacity on such routes.

Despite a stricter lockdown in Germany to slow the spike of Coronavirus deaths in Europe’s largest economy, factories in Germany produced more goods in December 2020.

According to the Purchasing Managers’ Index (PMI) by IHS Markit, manufacturing rose from 57.8 to 58.3 last month. The reading for December was slightly below a flash estimate that was released last month, but it still marked the highest reading since February 2018. IHS Markit economist Phil Smith said that German manufacturing continued to power on at the end of 2020 as only producers of consumer goods showed some weakness following fresh lockdowns, both in Germany and elsewhere in the world.

Germany imposed a limited lockdown on November 2nd,  which failed to bring down infection numbers. With the tighter lockdown from December 16th, all retail stores apart from essential ones shut. The survey revealed growing supply chain pressures, with widespread reports of raw materials and components shortages, bottlenecks in sea freight due to a lack of available containers, and other COVID-19 related disruptions. While those supply chain problems did not cause major disruptions in production last month, Germany may start to feel them in the coming months.

The California Department of Motor Vehicles has issued the state’s first autonomous vehicle deployment permit to the robotics company Nuro, which allows the company to launch a fee-based driverless delivery business in two Bay Area counties.

Nuro will launch its service with a fleet of autonomous Prius vehicles, followed by its electric R2 vehicles. They are limited to a maximum speed of 25 mph on streets with speed limits of 35 mph or less, and are only allowed to operate in fair weather conditions.