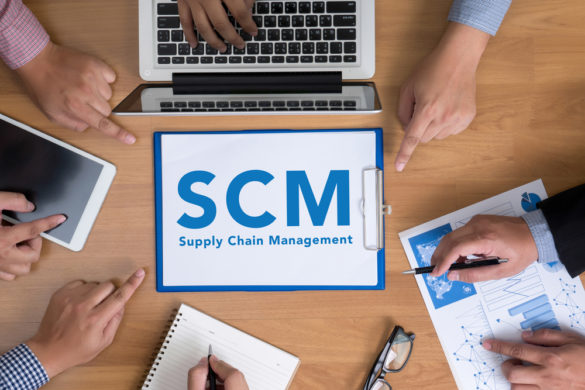 FedEx is the latest to get on the Tesla Semi trend

Even four months after the unveiling of Tesla’s latest range of electric heavy-duty semi-trucks, they are still being featured in the headlines with more and more companies jumping on the bandwagon and switching to electric fleet vehicles. On Monday, FedEx announced its investment in the Tesla Semi electric trucks by preordering 20 of the vehicles to operate and be deployed by FedEx Freight to transport small cargo loads.

This reservation is part of FedEx’s scheme to increase its sustainability efforts in its day-to-day activities by using more green technologies in its operations. The new electric trucks will allow the company to decrease their environmental impact and carbon footprint and improve road safety at the same time. The fuel savings will also help to reduce transport costs. Furthermore, the Tesla Semis have onboard cameras and sensors to prevent any road traffic accidents. The Enhanced Autopilot is also an optional feature that can be added to the electric truck, which can assist with automatic lane keeping, lane departure warning, automatic emergency braking and other capabilities. Moreover, with Tesla’s new Megachargers, 400 miles of battery life can be added back to the electric truck in as little as 30 minutes. But until these are installed, FedEx will most likely stick to routes within a short distance.

After forming a three-year partnership deal in December last year, Alibaba and Ford have revealed their first car vending machine in Guangzhou, China on Monday. The pair plans to build dozens of these car vending machines in other Chinese cities throughout the year. This project is the first part of a strategy to transform the traditional car shopping model and boost online car-shopping, which has been gaining some momentum.  The car vending machine, dubbed the ‘Super Test-Drive Center’, is unmanned and digital with almost the entire buying process occurring on a smartphone via the Tmall app. It is five stories tall and can hold up to 42 Ford cars, which customers can easily test drive for 3 days until April 23, before making a final purchase decision.

The overall online car-shopping process takes under 10 minutes on the app. Users select the car model they are interested in, put down a deposit electronically, arrange a pickup time and take a selfie, which will verify their identify at the vending machine and then the car is finally dispensed for the three day test drive. The test drive is free if the consumer has a respectable credit score.

To read more about this new technological development, click here.

This month, a new report from Interact Analysis, an international provider of market intelligence to the Intelligent Automation sector, was published regarding the development of mobile robotics in logistics centers. More and more companies, such as FedEx and DHL, have been deploying mobile robots in their supply chain operations over the years. And in the next five years, it is predicted that automated guided vehicles and autonomous mobile robots used in logistics applications will experience a substantial growth. It is expected that more than 400,000 mobile robots will be implemented by the end of 2022.

Robotic solutions have been used for some time in manufacturing as a way to lower costs while improving efficiency. But because of the rise of ecommerce, omnichannel retailing and customers’ cheap and fast delivery expectations, logistics providers see mobile robots as a pressure release. These mobile robots can also help with the labor shortage and rising wage costs. As a result, the return on investment of investing in the robots is increased. Moreover, the report discovered promising prospects for collaborative mobile robots that work alongside humans to improve output.

[…] platooning systems, to better align their business with their objectives and values. For instance, FedEx has pre-ordered 20 of the Tesla Semis and more recently showcased their platooning system as part […]