Home General The Aftermath of a Capsized Cargo Ship 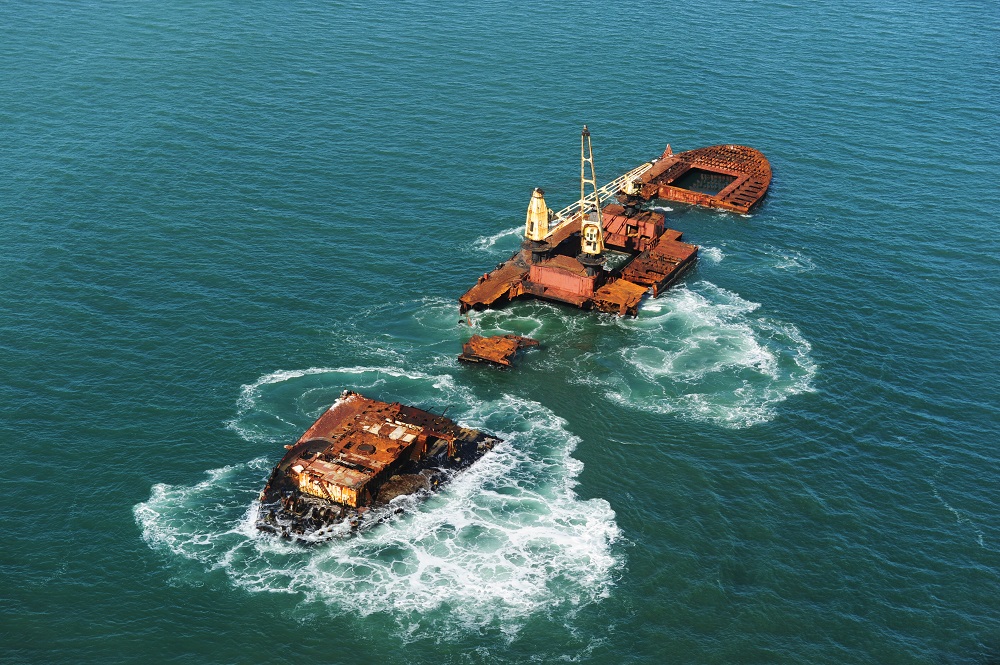 The Aftermath of a Capsized Cargo Ship

On September 8th, the cargo ship Golden Ray capsized off the coast of the state of Georgia. At the time, the ship was carrying 24 people and 4,000 vehicles. Shortly after the ship capsized, a fire broke out on board, jeopardizing the U.S. Coast Guard’s ability to rescue the crew safely and raising questions about whether the vehicles aboard the ship might have come unsecured in such a way that they threatened the vessel’s stability.The image of the bottom of the cargo ship, fully visible after capsizing, was enough to give any supply chain professional pause. The implications of this unexpected disruption, just one of over two dozen similar events to take place globally so far this year, are far reaching and wide ranging.

I’ll admit that after learning the crew had been safely extracted from the ship, my first thoughts were: what was the ship carrying and whose was it? It was impossible to escape the reality that the image most people were looking at with vague curiosity translated to a very bad day for many people and organizations.

Regardless of where and when a cargo ship accident happens or why, there are significant impacts in terms of cargo, passage and environment.

Cargo
The vehicles aboard the Golden Ray were brand new and destined for the Middle East according to Car and Driver Magazine. At this time, it is unknown whether any of the vehicles can be salvaged. Even if they can be pulled from the capsized cargo ship in saleable condition, their arrival/delivery has been significantly delayed at best. Someone – possibly multiple someones – will have to bear the cost of the delay, the retrieval, the vehicles and the insurance, not to mention the cost of the capsized ship itself. When the carrier vessel Cargo Ace capsized in 2006 with $103 Million in new Mazdas aboard, the cargo was a complete loss and all of the cars eventually had to be removed from the water and crushed. Hopefully the same is no true for the vehicles on the Golden Ray.

Passage
Going back to the visual of the Golden Ray, it didn’t exactly capsize in a convenient location. The ship had just left Colonels Island Terminal when it began to have trouble, presenting a significant navigational challenge for other vessels in the area. If its location weren’t already problematic enough, an emergency “safety zone” has been set up by the Coast Guard, preventing other ships from getting within half a mile of the wreck. According to a Coast Guard Officer cited by the Washington Post, it could take “weeks, if not months” to remove the shipwreck from the busy shipping channel. Given that over 600,000 vehicles and heavy machines moved across the docks in Brunswick over the last 12 months, the cargo of this ship – which only represents about half of one percent of the annual volume in that port – is really gumming up the works.

Environment
Beyond simply being an eyesore and an obstacle off the Georgia coast, there is considerable risk to the environment from the Golden Ray. As soon as the crew was rescued and the fire was put out, the parallel efforts of removal and environmental containment began. According to the Coast Guard, the vessel is not currently leaking – about the best environmentally related news possible without the ability to go back in time and prevent the ship from capsizing altogether. Despite this good news, there is no guarantee that conditions will not change. Holes had to be cut in the hull to rescue the crew members and there are still questions remaining about the condition of the vehicles aboard the ship. Additional precautions, including beach closures and regular local testing, were put in place almost immediately. An emergency spill crew remains nearby in the event of a leak.

It is never good news when a cargo ship capsizes, but once the crew is rescued and the media and general public’s attention are attracted elsewhere, supply chain professionals know that the work and the cost of that unfortunate event are only beginning to be understood.

Very good article. I’m going through some of these issues as well..

Good day! I just would like to give an enormous thumbs up for the nice info you’ve gotten here on this post. I will probably be coming again to your weblog for extra soon.

I do agree with all the ideas you’ve presented in your post. They’re very convincing and will definitely work. Still, the posts are very short for beginners. Could you please extend them a little from next time? Thanks for the post.