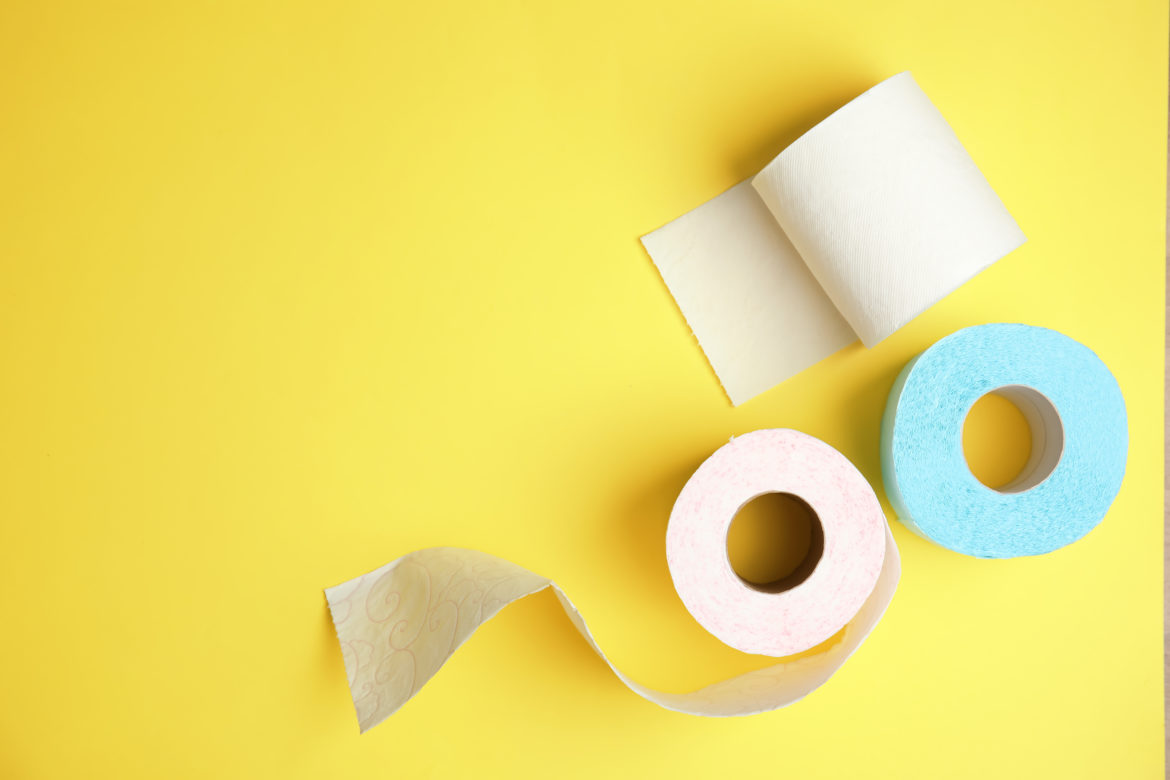 With 7% of Americans admitting to stealing it from hotels, comedian Johnny Carson causing a shortage of it in 1973 after he joked about the possibility of one and 49% of people saying they would bring it before food, if they were stuck on a desert island: it appears that we really can’t live without toilet paper and according to 90’s hit sitcom Seinfeld, with some people “everything comes down to toilet paper”.

(Did you know there really was a toilet paper museum in Maddison, Wisconsin unfortunately it closed down in 2000.)

With that in mind it comes as quite a shock to those who use toilet paper on a daily basis that between 70 -75% of people don’t actually use it. However, for the rest of us that do use toilet paper, it is estimated that the average American uses 141 toilet rolls a year. Ahead of World Toilet Day on 19th November, do we really know where our toilet paper comes from?

If you want to be sarcastic, like my Dad, you will say that your toilet roll comes from the supermarket and while you’re technically not wrong, there’s a long process and quite interesting history as to how the toilet roll first ended up on our supermarket shelves.

There is a lot of evidence that suggests that after the invention of paper in 2nd Century BC China, people started to use it for the same purposes we use toilet paper now, but it wasn’t until 6th Century CE that this became widely used in China. However, the first signs of modern toilet paper that is used today wasn’t seen until 1391, when perfumed paper was created to be used by the Chinese Emperor and his family after they had been to the toilet. The method of using paper didn’t catch on quickly. It wasn’t until the late 15th Century, when paper became more widely available around the world, that it started to replace other methods such as the muscle shell, the corn cob, old rags or replacing wool or silk for those of the upper class.

Did you know that King Henry VIII created the roll of Groom of the Stool to help deal with his bathroom needs?

In fact, toilet paper as we know it today wouldn’t be available until 19th Century CE. New York entrepreneur, Joseph Gayetty, would be the first to release a commercial toilet paper in the US. But his success was limited due to people not wanting to pay for it when they could just use a brochure that would come in the post. Meanwhile in UK, the British Perforated Paper Company developed a coarse toilet paper which they began to sell commercially. However, both were sold as individual sheets of paper in a box, but this was not the roll form which we have grown accustomed to.

It would be the Scott brothers who first put toilet paper on a roll in America in 1890. But while the brothers had some success by selling it to hotels and drug stores, they had difficulty convincing the public to buy their product. It was only when flushing toilets, which required a product that would dissolve easily in water and wouldn’t get stuck in the pipes, became available in most homes that toilet paper became a staple in people’s houses.

Did you know that a 7-step process is required in order to make toilet roll?

Once the trees have been chopped down and reach the factory where the toilet rolls are being made, they first go through the preparation stage. This is where a machine strips all the bark off the tree without removing too much wood.

At the deconstruction stage, the wood is passed through a machine that turns the wood into wood chips. These chips are then separated into batches.

This is the stage where the wood chip is turned into the pulp that is needed to make the toilet paper. In order to do this, the wood chip needs to be mixed with a variety of different chemicals. Heat is then added to the mix and is left for approximately 3 hours. This allows the moisture to evaporate, resulting in the mix being reduced to the pulp consisting of lignin, fibers, cellulose, and other substances.

The color needs to be removed from the pulp and this is achieved by washing and bleaching it. At this stage the lignin, which is used to bind the fibers together, must be removed or the toilet paper could start to turn yellow over time.

Water is added to the pulp to create a paper stock. The paper stock, which is 99.5% water and 0.5 fiber, is then sprayed onto mesh screens to allow the water to drain. Once the water has drained, the paper is pressed and dried to a final moisture of 5%.

Metal blades scrape the paper of the mesh screens and then it is rolled onto large jumbo reels. The jumbo reels are then moved on to a different machine that cuts it into long strips and perforates the strips into squares.

The final stage of the process sees the long strips of toilet paper cut into individual rolls. The individual rolls are then sent down the production line through a machine that will detect any defect toilet rolls which will be sent to the shredder. The remaining rolls are then wrapped, packed and shipped to stores across the world.

Climate change has now become more important than ever and this has led to consumers questioning how sustainable products are. The question about the sustainability of toilet roll has been brought into question after a report from National Defense Council and Stand.earth in early 2019 said that demand for high quality toilet roll was effectively “flushing forests down the toilet”. It has been estimated that 27,000 trees are used in the daily production of toilet roll and while one tree can provide about 45kg of toilet roll, the production of toilet roll, which has lead to 28m acres of the Canadian boreal forest being cut down since 1996, could be more sustainable.

Currently the most common way that toilet roll manufacturers create a sustainable supply chain is by planting new trees to replace the ones they have cut down. However, there are alternatives methods rather than cutting down trees.

One solution is recycled toilet paper. While this is currently not a common method of making toilet roll, it is a viable option. The process of production here would involve various types of recycled paper being mixed and mashed together and then being washed, deinked and decolored before the pulping process. After that it would be turned into thin, soft paper which can be bleached, scented etc.

In the U.S., most of the trees that are used in production are virgin trees and while it is a positive step that producers are planting trees to replace the ones they are cutting down, there is concern that these trees will not grow quick enough. While the average tree takes around 30 years to grow, the average Bamboo tree only takes 3 years to grow. Growing 10 times faster than the average tree, bamboo could provide a more sustainable option to produce toilet paper.

What the future has in store for toilet paper? I don’t know but I certainly won’t look at the humble toilet roll the same way again.

This article is full of some well-researched information about tissue paper. You have made valid points in a unique way. Since this has made me think, I will have to review some aspects.