Home General The Largest 10 Factories in the World 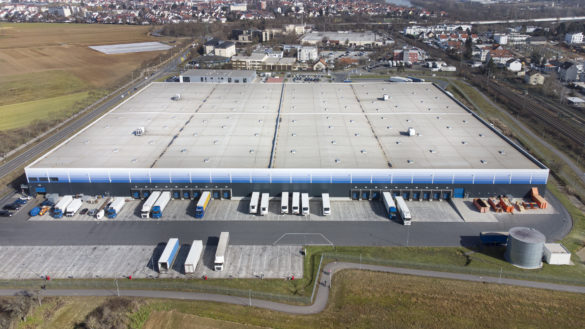 The Largest 10 Factories in the World

Do you ever think about how big the factories are that manufacture your products? Well, now you can find out. Some are 3 times the size of Central Park in New York City or can hold 13 Wembley Stadiums – and they aren’t even the biggest on the list.

This 348,470 ft² facility, located in Florida in the U.S., was built in 1966 by NASA for the assembly of the Saturn V rocket and its doors are 456 ft tall. As NASA’s Kennedy Space Center, the Vehicle Assembly Building will serve as the central hub of the multi-user spaceport, which is capable of processing several different kinds of rockets and spacecraft at the same time.

The 680,000 ft² Meyer Werft Dockhalle 2 – located in Papenburg in Germany and owned by the Meyer family for six generations – is the third largest hall and the fifth largest usable space in the world. It is a dry dock for the construction of luxury cruise liners, 50 of which have left the shipyard to date.

At 1.2 million ft², the Latvia-based manufacturer is one of the leading manufacturers in Europe of elastic knitted fabric, lace, embroidery and ribbons for lingerie brands such as Triumph. It is also the largest lingerie material producer in Eastern Europe.

Situated in France, this Airbus plant is 1.3 million ft² in size and handles the assembly and testing of the final build for the Airbus A380 aircraft. Major structural sections of the A380 were manufactured elsewhere in Europe such as Germany, Spain and the UK, but they were then brought together at this facility via special road and water transportation, plus via the A300-600ST Beluga transport aircraft, before being discontinued in 2019. The facility also has 49 acres of runway outside the plant.

Mitsubishi Motors opened this plant in 1981 in Illinois to oversee Mitsubishi’s manufacturing, production, sales and research and development in of Mitsubishi cars across the U.S., Mexico, the Caribbean and Canada. This 2.36 million² facility was built to meet the region’s increasing demand and produces vehicles such as Mitsubishi Galant, Eclipse, Eclipse Spyder, Endeavor and Chrysler Sebring.

Located in Illinois, USA, this 3.5 million ft² Chrysler-owned plant assembles parts for brands such as Jeep Compass, Jeep Patriot and Dodge Dart by 780 robots. Since the end of the 1993 model, it has produced around 5.9 million cars.

Located in Washington, USA and with 4.3 million ft² (399,000 m²) of floor space, this factory is currently being used to manufacture a range of Boeing aircraft, including the 787 Dreamliner. In terms of total internal volume, it is the largest building in the world at 472 million cubic feet (13.3 million cubic meters) which is enough to hold 13 Wembley Stadiums.

With electric car company Tesla seeing significant growth in recent years, it began building the 5.3 million ft² (492,000 m²) Gigafactory plant in 2014 in Nevada, USA. The factory has, since 2018, reached 13.6 million ft² and covers 126 acres, which is about the same size as 100 American football fields. In addition to this, the site is three times bigger than Central Park in New York City. In cooperation with Panasonic, the Gigafactory plans to achieve net zero energy as it continues to automize the process of battery making, and will be primarily powered by solar.

Opened in 1968 and expanded ever since, this 54 million ft² facility has five different factories that can churn out a vehicle every 10-12 seconds. There are 34,000 employees on the Ulsan site in South Korea, and some even sleep in the onsite dormitory.

Volkswagen’s headquarters at Wolfsburg in Germany is thought to be the largest factory on the planet. The facility, with a total combined area of about 70 million ft² (just under 6.5 million m²), includes a 3.2 million square ft (297,000 m²) warehouse which is used as part of the production of over 800,000 cars that leave the factory each year.