Home General The Supply Chain of Jack O’Lanterns at Halloween 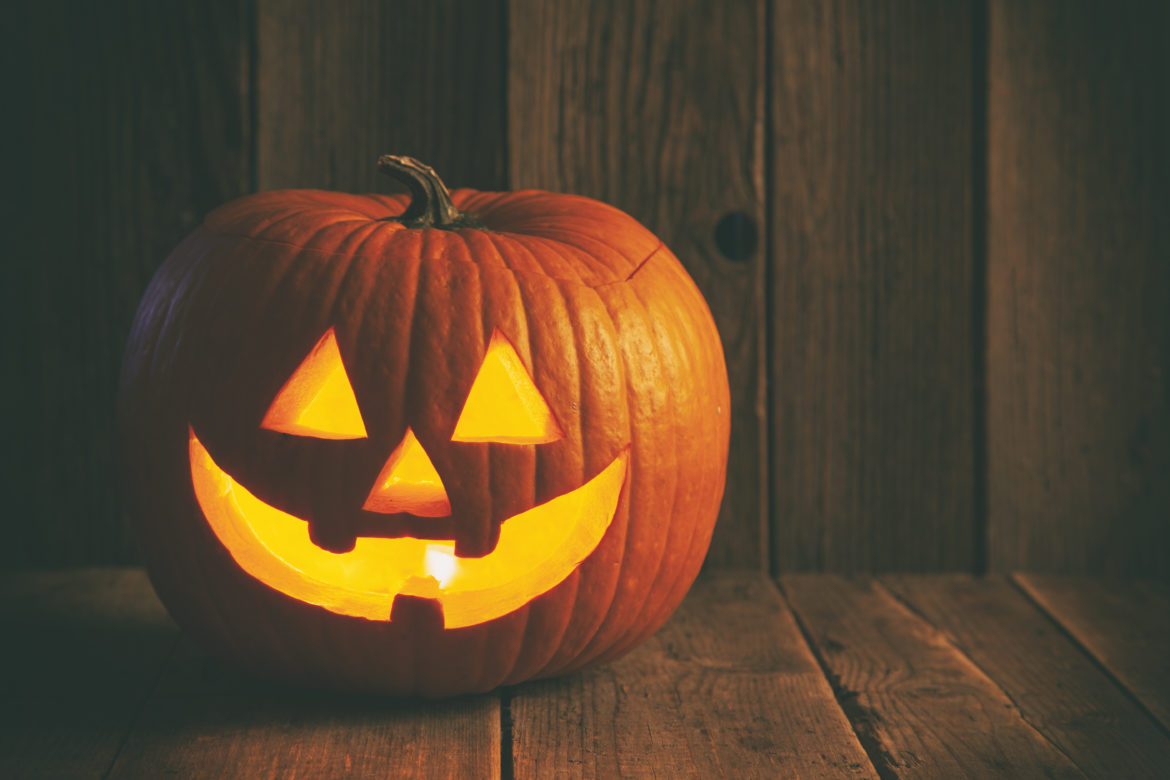 The Supply Chain of Jack O’Lanterns at Halloween

Despite the COVID-19 pandemic, in the US alone up to 148 million people are expected to celebrate Halloween this year. Jack O’ Lanterns – carved orange pumpkins – play a central role in this celebration and lead to a peak seasonal demand. But most of the annually produced 900.000 tons of pumpkin in the US are just used for decoration and eventually end up in landfill sites. This is a more sinister side of the holiday, which calls for solutions.

Carving Jack-O’-Lanterns originated from an Irish myth about a man nicknamed “Stingy Jack”. The story says that Stingy Jack persuaded the Devil to change into a coin to buy them both drinks. But then Jack decided to keep the coin and put it in his pocket next to a silver cross, which prevented the Devil from changing back into his original form. The Devil was eventually freed, under the condition that he wouldn’t bother Jack for a year and that, should he die, the Devil would not claim his soul. The next year, Jack tricked the Devil again by carving a cross into the bark of a tree the Devil had climbed. He could not come down until he promised Jack not to bother him for ten more years.

Jack died soon after. As the legend goes, God would not allow such an unsavory figure into heaven. The Devil, upset by Jack’s tricks, would not let him into hell. He sent Jack away into the dark night with just a burning coal to light his way. He put a coal into a carved-out turnip and has been roaming the Earth ever since.

The Irish began to refer to this ghostly figure as “Jack of the Lantern” which then turned into Jack O’Lantern. In Ireland, Scotland and Wales, people began to make their own versions by carving scary faces into turnips or potatoes and then placing them in windows or near doors to scare away Stingy Jack and other wandering spirits. In England, large beets were used. But Jack-O‘-lanterns weren’t actually made out of pumpkins until Irish immigrants discovered them as perfect for carving. The seeds were a staple of the diets of Native Americans, who roasted the fruits over the fire, used them for medicinal purposes or weaved mats out of its fibers. By the 1920s, carving pumpkins became more popular among the general public in the US.

Today, Jack-O´-lanterns are an integral part of Halloween, the second largest commercial holiday after Christmas in the US, which has grown in popularity worldwide, even in Asia. The origin of Halloween is likely a Pagan tradition which comes from an ancient Celtic festival called Samhain (pronounced Sow-in) which means ‚summer’s end‘ in Gaelic. It marks the end of the harvest season and the beginning of winter and is about halfway between the autumn equinox and winter solstice. People would light bonfires, wear clothing that warded off spirits and place Jack-O´-lanterns in their windows.

A growing pumpkin business faces a disruption in sales

Where there is a popular holiday, there is demand and so the business with pumpkins began to grow in the beginning of the 20th century. In the early 1900s, pumpkin-processing plants opened in the state of Illinois in the US, which established a geographical center for the industry. The industry has since grown, and 90% of canned pumpkins sold in the US come from this state. Besides Halloween decoration there is demand for pumpkins for bread, pie, wine, ice cream, purees, jams and marmalades, as well as recreational purposes such as pumpkin patches and farms which have become a lucrative agritourism business.

There are two types of pumpkins which are the most popular among consumers: The Howden pumpkin – sometimes actually called Jack-o´-Lantern pumpkin – has a round form, weighs an average of 7 to 10 pounds and is perfect for carving. While it is mainly used for decoration purposes, it is also edible opposed to other (smaller, multicolored) ornamental pumpkins, which sometimes can be toxic.  The second type is a processing pumpkin which is beige and oblong – the butternut squash – and usually ends up in processing plants where pumpkin flesh is canned and shipped to supermarkets for pie making and other pumpkin-related cooking.

Americans‘ obsession with pumpkins has created handsome profits for farmers, canners and sellers, which in the past decade has seen the pumpkin industry flourish. From 2001 to 2014, pumpkin production nearly doubled in value from $75 million to $143 million. In 2018, nearly 65,900 acres of pumpkins were harvested in the US, which produced more than 1.5 billion pounds of useable pumpkins with more than 2 billion produced overall. In 2019 in Illinois alone, 10,900 acres were harvested, which is nearly twice as many acres as any other top US state for pumpkin production.

The demand for other Halloween items is intense, with manufacturers and retailers having to plan throughout the year for the short spooky holiday period. However, data from a survey shows that pumpkin sales might be down as much as 50% this year due to the pandemic. Just one in three (34%) shoppers say they intend on buying a pumpkin from a supermarket, which is down from over two thirds (68%) of shoppers that would normally purchase pumpkins in previous years.

There are only around six to eight weeks to ensure Halloween items are made and delivered correctly. Just a slight miscalculation can result in a disastrous over- or undersupply of treats. With Halloween not far away, supply chain operations are being put to the test once again, and have the added pressure of the COVID-19 pandemic this year. Despite this disruption to supply chains, 148 million people in the US are expected to celebrate Halloween in 2020. Even though the total spending is expected to decrease to $8.05 billion (from $8.8 billion last year), the average person says they could spend up to $92.12 on average this year.

However, despite all the excitement of Halloween, pumpkins are strongly connected to food waste. In the US, most of the 900,000 tons of pumpkins produced annually will be trashed rather than used as food or composted. Similarly in the UK, each year approximately 15 million pumpkins are grown and 95% of those are used at Halloween – and then just thrown away, which creates around 18,000 tonnes of food waste per year. This behavior contributes to the 1.3 billion tonnes of global food waste created each year, and the agricultural industry is responsible for 9% of greenhouse gas emissions. Decomposing agricultural products will eventually lead to the emission of methane, which has more than 20 times the warming effect of carbon dioxide.

Pumpkin waste could however be turned into energy via anaerobic digestion, suggests the World Economic Forum. The resulting biogas can be used to generate electricity that powers people’s homes, runs vehicles and produces heat. Some companies in the US hope to create biofuel for the military or to supply jet fuel to airlines like United and Cathay Pacific.

Other ways to reuse Jack-O‘-Lanterns (although especially Howden pumpkins are not people’s first choice for cooking) could be of course to make pie, soup, bread, curry, and cake. The seeds also have a range of health benefits which help with sleep, blood sugar levels and cholesterol. Pumpkins can also be composted, donated to a local animal sanctuary or zoo for the animals to eat, or the seeds can be planted for next year. A bird feeder can also be created for the garden.

While certainly not being the main driver behind environmental degradation, pumpkin waste is just one more contributor and more conscious efforts need to be made if we want to avoid a fright in the night from Stingy Jack. So if you are going to buy a pumpkin for Halloween decoration, also think about how to make the best use of this very special fruit.

Pretty! This was an incredibly wonderful post. Thanks for providing these details.|