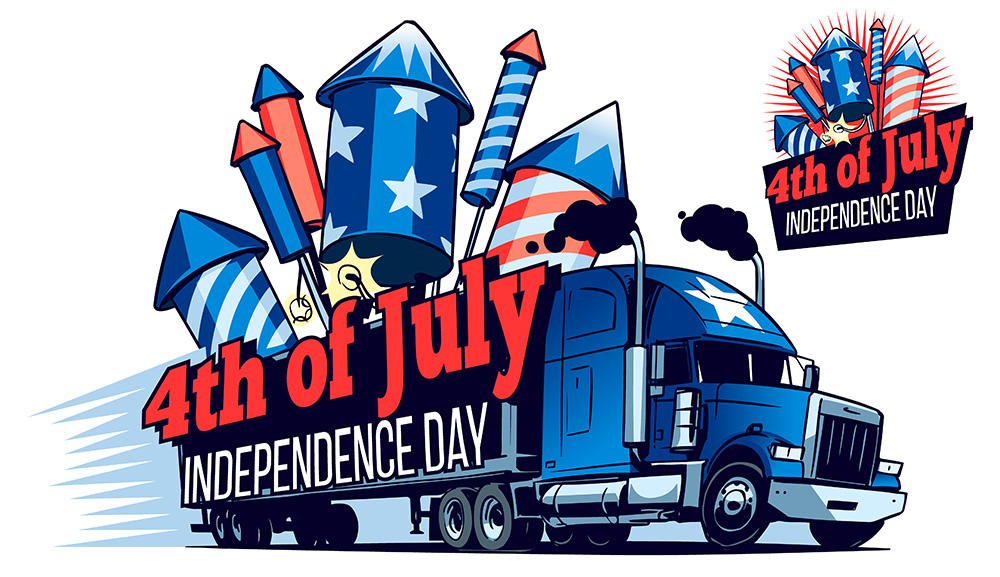 A Declaration of Supply Chain Independence

Every year on July 4th, the United States stops to remember and celebrate the 1776 signing of the Declaration of Independence by Congress. Some parts of this historical document are burned into our national consciousness: the color of the aged parchment, the big beautiful ‘John Hancock’ at the bottom, and of course the defining statement, “We hold these truths to be self-evident, that all men are created equal, that they are endowed by their Creator with certain unalienable Rights, that among these are Life, Liberty and the pursuit of Happiness.”

On the other hand, few people remember another important line, buried deep in the document in a list of ‘facts’ presented to the world in justification of the Colonies’ history-altering step:

“For cutting off our Trade with all parts of the world”

Beyond the desire to be self-governed, global supply chains played a critical role in the American Colonies’ decision to break away from Great Britain, something that gives modern supply chain professionals a direct connection to their Colonial predecessors.

In the late 18th century, Great Britain’s economy was based on the mercantilist system, where they maintained a favorable balance of trade with the Colonies by restricting their ability to trade with other nations. Trade was restricted in both directions: buy and sell. The Colonies were effectively a captive market, relying upon Great Britain for certain supplies, most manufactured goods, and as the sole authorized consumer of the goods they produced.

In addition to establishing restrictive trade policies, the mercantilist system also limited the American Colonies’ to the production of raw materials – sort of a forced vertical disintegration. All raw materials produced by the colonies were to be sent to Great Britain, even if they could get a better price for them by trading with France, Spain, or the Netherlands. This constraint led to a fair amount of ‘smuggling’ by the Colonies, an early and systemic example of maverick spend.

The Navigation Acts mandated that the Colonies’ only trade with Great Britain, only export their goods on British (or Colonist) ships, and pay duties to the King on any goods not imported from Great Britain. The Acts long predated revolutionary rumblings in the American Colonies, but through a policy called “salutary neglect” they went largely unenforced before 1763, with Parliament believing that leaving the Colonies alone would allow them to flourish and give them less of a reason to challenge the Crown.

Unfortunately for Great Britain, they started enforcing the Navigation Acts just as the American economy was reaching a point of maturity. If left to further its own evolution, they could have served as a source of competition to British Manufacturers. Although the Acts did not have a significant economic impact on businesses and households in the Colonies, they were sharply resented. Followed by the Sugar and Stamp Acts, which increased the taxes owed on goods imported from Great Britain, the net effect was felt most keenly by the Colonial business leaders who were also the most politically active… In fact, of the 56 Founding Fathers, 13 were merchants.

In the decades following the Declaration of Independence, manufacturing left households and took root in the first American factories. Cotton mills, iron mills, and textile factories began to spring up in cities all over the east coast. The United States of America was on their way to expanding beyond raw material production to the manufacture – and global trade – of finished goods.

Today’s supply chain managers are the intellectual and operational decedents of American Revolutionaries who understood the importance of a vibrant, global supply chain. They clearly understood that their fledgling nation would not succeed without being commercially vibrant, and so they positioned free trade as equally important to the right to a fair trial and the consent of the taxed. The work of procurement and supply chain professionals continues to make the world go around, just as it did 241 years ago: connecting people with finished goods and turning raw materials into desirable products.

“The Declaration of Independence”, U.S. History.org.