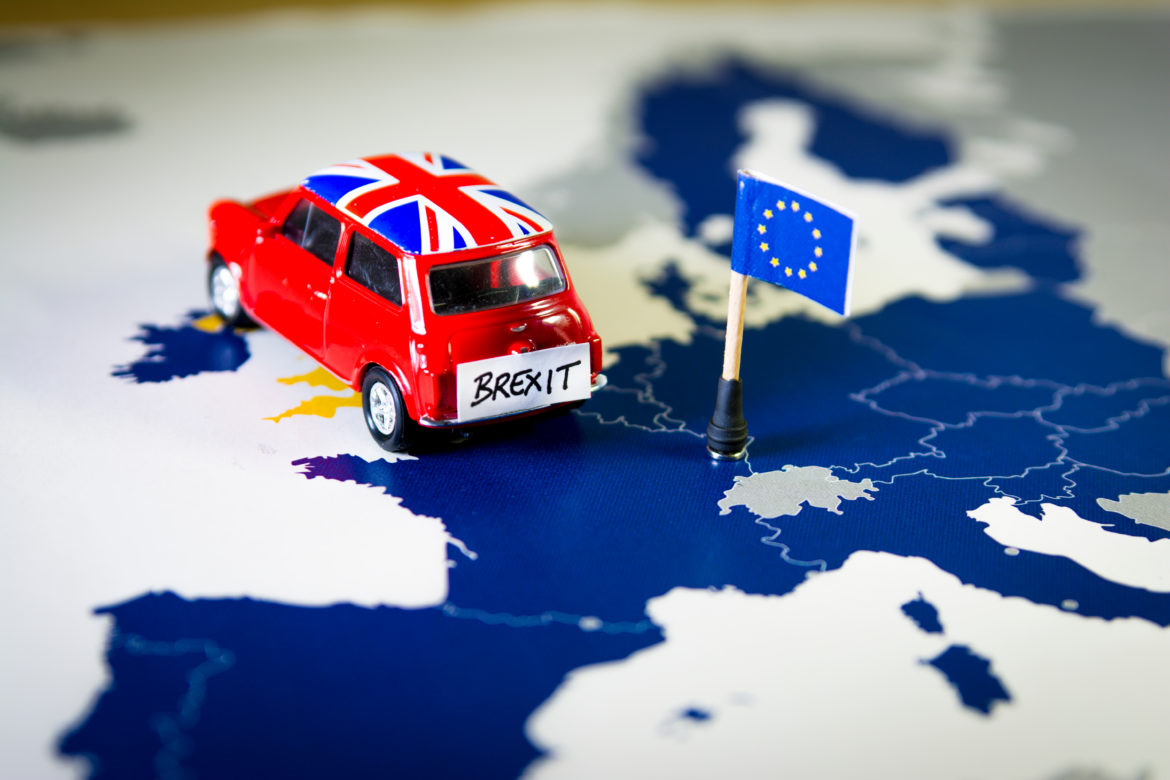 I recently attended an automotive logistics conference in the UK and I realized that the Brexit issue is ubiquitous here. However, industry and warehouses do not yet seem sure how to deal with it. Because if Europe becomes a bit smaller in the near future, one can only guess at the precise impact that it will have on logistics – whether it is a manufacturer or a service provider. It is undisputed, however, that there will be repercussions. In concrete terms, the withdrawal could mean customs duties, waiting times for trucks at the border and obstructions in port handling and rail transport. For example, trucks carrying goods between the UK and the EU currently take around 2 minutes to be checked in at UK ports, but this waiting time could increase significantly due to Brexit. Checking non-EU trucks currently takes about 20 minutes.

However, it is important that the availability of goods is guaranteed, especially if you are a factory or a distribution center. If not, you would probably have to stop production lines or supermarkets may have a rather limited offer on their shelves.

I have taken the following two examples of countermeasures from the conference.

1) We close the factories for 1 month and then see where we are.

The automobile manufacturer BMW, for example, is planning to close their UK Mini production plant in Oxford for one month after Brexit to minimize possible disruptions in the supply of parts. Every day hundreds of trucks with parts from all over the world come to the plant, with 60% of the components coming from the EU. The plant employs 4,500 people and produces 5,000 cars per week. BMW wants to use the downtime to start preparing the plant for the production of the new electric Mini.

Factory downtimes are common in the automotive industry. Machines need to be repaired or replaced and updates or changes are made to production lines. At Mini, this is usually done in the summer and is integrated into the production planning of the car manufacturer. BMW has simply postponed this shutdown until after Brexit.

The head of Honda Europe, Ian Howells, told the BBC already that a no deal Brexit would cost his company ten million pounds. “In terms of administration, we’d probably be looking at something like sixty odd thousand additional bits of documentation we would have to provide to get product to and from Europe,” Howells sums up the problem. “And clearly if we end up with World Trade Organization tariffs we’d have something like 10% costs in addition on our shipped product back into Europe, and that would certainly run into tens of millions of pounds.”

2) We pump up all the stock in British warehouses, and then we can survive a few more weeks if something goes wrong.

Another way would be to set up more warehouses for the storage of goods in preparation for delays caused by a no deal Brexit. In its first notes on no deal preparation, the UK government says that companies selling goods to the EU should consider their role in the EU supply chain, as a no-deal scenario would create numerous new controls at the border. Companies should consider purchasing software and working with freight and logistics companies to ensure that their supply chains are able to handle them, the note said. The government has also advised companies to consider setting up warehouses where goods waiting to cross the border into European markets can be stored.

The question in hand: is there a middle course?

I think it´s pretty crazy to build warehouses only on suspicion at short notice or to close factories to reduce possible disruptions. These are not really economically viable options. I read recently  that BMW has now confirmed that it has put measures in place to get round potential sea freight issues, namely by strengthening its air freight options. Before airplanes have to fly in goods (these logistics parties that offer premium services are very interested in Brexit), supply chain managers can also consider these two alternatives:

People have become accustomed to the visibility Uber offers when they are waiting for the taxi service. Isn’t it about time that a similar service was available for incoming trucks so that the employees at the plant knew whether it was worth waiting for the truck at all, or whether they’d better come back in 3 hours when the truck really arrives?

The Brexit situation is the ideal time to think about economical and efficient solutions such as platforms, as they can help to save many phone calls, to find out where trucks are or expensive flight costs when late goods have to be flown in. In my opinion, directly building or closing down warehouses isn’t a viable solution.

What do you think? What is your company doing to minimize the Brexit supply chain risk?