Home General How the Pandemic is Impacting the Vanilla Supply Chain 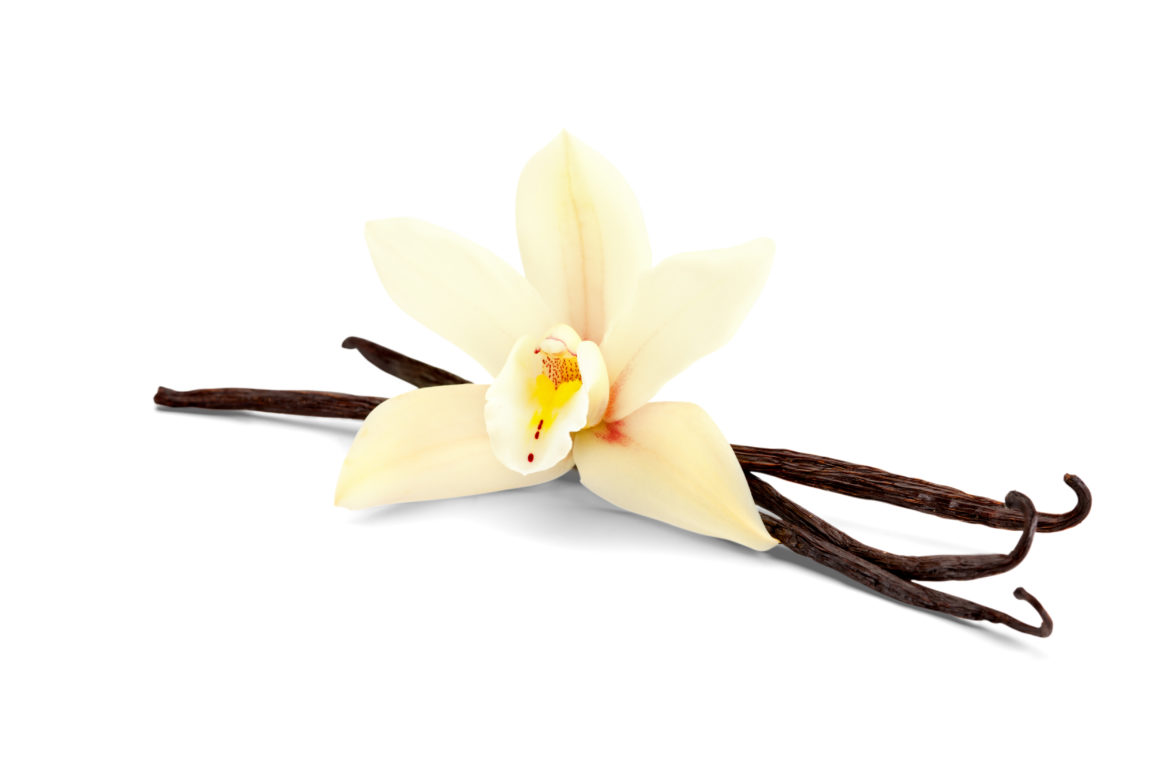 How the Pandemic is Impacting the Vanilla Supply Chain

The island country of Madagascar is currently feeling the impact of the pandemic on its top export: Vanilla. While consumer demand is high, vanilla prices are experiencing a downward spiral. This is a big challenge for the 80,000 vanilla farmers in Madagascar, of which most are already impoverished and face a grim outlook in the future.

Since the COVID-19 pandemic, people have found themselves cooking more at home which has led to increased food and beverage sales. McCormick, a global leader in flavor, seasonings and spices has reported a 120% increase in vanilla extract sales in comparison to last year. But despite an increase in demand and sales, the COVID-19 pandemic has caused delays to many vanilla bean business operations in China, the U.S., Germany, and South Korea. Companies are suffering short-term operating difficulties due to supply chain limitations and lack of site access because of the Covid-19 pandemic. Vanilla prices were high, but the increase in consumer demand due to the pandemic did not lead to a further increase of price but – at least temporarily – lowered prices. This is connected to the current operational issues further down the supply chain.

These price fluctuations are directly felt in a small area in the north of Madagascar, an island country in the Indian Ocean around 400 kilometers off the coast of East Africa, where over 80% of the world’s vanilla is grown. 29% of Madagascar’s GDP comes from exports. The top exports and their respective share of total exports are vanilla (26%), textiles and garments (21%), nickel (12%), cloves (8%), cobalt (4%) and gold (2.5%).

According to Aggrey Bagiire, Minister of State for Agriculture of Madagascar, the surplus in the global market (the cause of the downward price trend) is “attributed to the increase in supply from Madagascar, which was previously hit by a cyclone in 2017”. As a consequence of the heavy concentration of vanilla production, issues in the vanilla supply chain have grown more frequent over the years. These issues at the source of the supply chain lead to higher prices. At $700 USD per kilo (in 2018), one kilo of vanilla is equal to about a year’s worth of income for a typical Malagasy worker. If the pandemic lowers prices even further, their income will further decrease.

And with a health crisis of this scale putting a strain on Madagascar’s ill-equipped health system, the country is not protected from significant overall losses on its most traded exports.

Origin, Types and Processing of Vanilla

But how did Madagascar become this dependent on this particular spice? Vanilla is used all over the world in many major industries such as food and cosmetics. Madagascar is one of the poorest countries in the world and 3 in 4 people live below the poverty line. But while the country supplies around 80% of the world’s vanilla, it is not native. Mexico was the only place in the world where vanilla was originally grown and has a bee that will pollinate a vanilla orchid. In Madagascar, vanilla is hand-pollinated. While growing in the region since French colonists brought the vine there in the 1500s, there was no vanilla economy for centuries. It wasn’t until the 1850s when an enslaved man named Edmond Albius discovered a method of hand-pollinating with a tiny toothpick-like stick.

In general, there are two main kinds of vanilla beans. The first is Planifolia vanilla beans, which makes up over 90% of the market and is the preferred taste for consumers. Within this vanilla bean family there is also “Bourbon Vanilla” which is the type that is almost exclusively harvested in Madagascar. The second are the Tahitensis vanilla beans which are less popular and have a more distinct, stronger taste.

Growing and harvesting vanilla is incredibly labor-intensive. Vanilla is an orchid vine which grows up tree trunks. After being planted, it takes three years to fruit. It is a time-consuming crop because each flower has to be pollinated by hand in Madagascar, before noon on the day it blooms. Once harvested, the vanilla beans are then dipped into hot water to stop photosynthesis. Then, the process of drying and curing can take months. When the vanilla is sorted, it is massaged, releasing oils and aroma. “The beans are touched more than about 2,000 times before being shipped.” says Dylan Randriamihajha, from the Madagascar Spices Company – a firm specializing in the cultivation and preparation of high-quality and organically grown vanilla for exports. In the end, the darkened vanilla stock is fit for consumption and is packaged and shipped to the customer.

It is safe to say that vanilla is considered an expensive good in Madagascar. Randriamihajha reveals his warehouse is under guard, surrounded by barbed wire, which shows just how dependent the Malagasy people are on vanilla to make a living. To be able to track and trace the vanilla, farmers will tattoo each pod when it’s still green.

There are approximately 40 million vanilla orchids in Madagascar, and while being one of the most expensive crops it can, by weight, sell for more than silver. However, with approximately 80,000 vanilla farmers on the island, most of them are impoverished and are often indebted to vanilla intermediaries. If the farmers do not make enough profit from their harvest, they borrow money from them and use the upcoming vanilla harvest as collateral. However, if the harvest fails or the vanilla is stolen from their fields, they cannot repay their debt. Premature vanilla harvesting and dilution has led to an imbalance in the quality of vanilla that comes from Madagascar, as well as a general lack of trust from consumers, restaurants and gourmet chefs. Vanilla farmers are therefore left in a poverty trap in Madagascar and they often lack the efficient practices and finances to be able to grow high-quality vanilla.

“The market is not organized. It is a market that has been created from multiple, overlapping and often time contradictory over-the-counter agreements.” says Hervé Prime, the CEO of vanilla trading company Premium Goods in an interview. This is the recurrent economic reality for those in the global vanilla industry. However, Madagascar remains the best organized in comparison to other places that source vanilla.

Poverty is still “the most challenging thing for conservation and for the environment” Serge Rajaobelina said, who heads a cooperative of 4,000 vanilla farmers in Madagascar. “If you don’t deal with poverty, people are going to look for land, and they’re going to destroy the forest.” Other than deforestation issues, another factor that has contributed to poverty was Cyclone Enawo, which destroyed the vanilla crop after it hit the island in 2017. The cyclone killed 78 people and damaged around 30% of the vanilla crop. The cyclone also made vanilla four times more expensive, and the impact was a global reminder of just how disruptive something like a weather event can be to supply chains, especially if it strikes an important agricultural area.

Fighting with sustainability measures against a grim future

It is difficult to imagine what the future of the vanilla supply chain will be like after the pandemic, as private and industrial demand will likely decrease. The global vanilla market, which is valued at $866.6 million USD in 2020, is expected to reach $312.6 million USD by the end of 2026. This will be a huge problem for farmers who are absolutely dependent on the current value of vanilla. Farmers could be left with excess product, and poverty could increase further as a result of this.

Poverty and deforestation have been and will remain major issues in the country. But there are also sustainable conservation efforts which try to tackle these problems. Whether the motivation is genuine altruism, brand building or a simple self-interest in the preservation of their business assets, vanilla producers in Madagascar seem to be redefining the relationships with the farmers they directly source from. One major vanilla producer in Madagascar, Symrise, claims that they  are trying to fix the evident issues by taking everyone into account within the scope of their sustainability measures, from the farmers in Madagascar to the perfumers, flavorists, marketing and sales teams. These measures entail improving food security, crop diversification, local training in sustainable farming practices, subsidizing schools and setting up healthcare programs.

Besides encouraging developments within the vanilla supply chain, there are also other organizations trying to make a difference regarding the current environmental situation in Madagascar. For instance, Centre ValBio, a research institute created in 2003, is an NGO who helps indigenous people and the international community through conservation work such as reforestation and educational projects.

While these activities all point in the right direction, it is not surprising that the structural issues of the Madagascan vanilla supply chain and the countermeasures are overshadowed by the pandemic and its effects. Thus in their fight against COVID-19, government bodies and international government-funded organizations have contributed funds and coordinated life-changing materials such as hand-washing stations and protective face masks. These efforts will help protect farmers and buyers from exposure to the virus and make vanilla markets safer to attend, thus minimizing further disruption in the supply chain.

Once the pandemic is over, it is left to see how it impacted the reforms within the vanilla economy in Madagascar. The farmers certainly hope to see a quick recovery of the market.

Have you ever considered publishing an ebook or guest authoring
on other sites? I have a blog based upon on the same topics you discuss
and would love to have you share some stories/information. I know my readers would value your work.
If you are even remotely interested, feel free to shoot me an e mail.