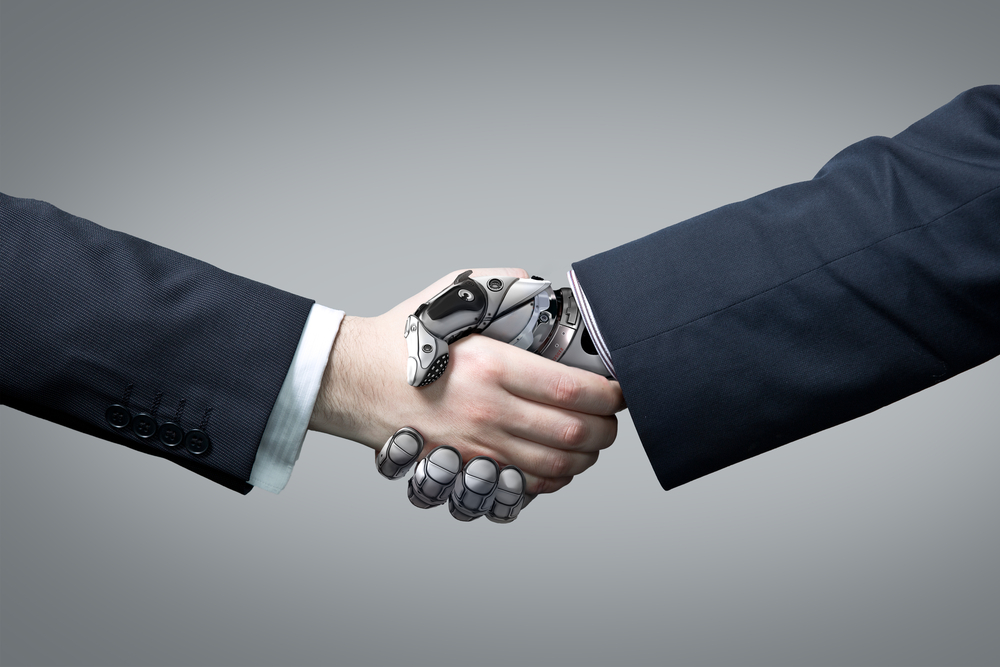 If ‘big data’ was the phrase du-jour in 2015, I propose that in 2016 it will be ‘artificial intelligence’ – or ‘AI’ if you’re really cool. AI combines all the efficiency and futuristic promise of robotics and takes them to the next level, where they are able to seem more like super human beings than toys leftover from the 1960’s.

Be careful, though, before you make assumptions about what AI really offers to an organization. It doesn’t have to lead to something as extreme as having a CEO-script running the company. In fact, AI might actually present an opportunity to bring more people into an organization rather than less.

A perfect case example emerged in a news story about Wal-Mart that broke in the final days of August. The company announced that it would eliminate some 7,000 jobs in U.S. based stores, positions that had been mostly focused on invoicing and accounting. Obviously, big bad Wal-Mart made this move to drive an additional penny of profitability from their brick and mortar locations, right? Actually, their rationale was quite the opposite.

Wal-Mart is locked in a battle for market share with online retail behemoth Amazon. In a race to optimize prices, inventory, and availability, Amazon will win every time because they aren’t saddled with retail locations or shelf space limitations. Wal-Mart finally realized that they were in a battle they couldn’t win on price alone. So some clever person figured out a way to ensure their stores would be an advantage rather than a liability – getting the people in those stores to work for them as loyalty assets rather than against them as overhead. The focus on driving customer satisfaction had begun.

According to Fortune magazine, “The jobs being eliminated involve counting cash or managing invoices for suppliers.“ These are important tasks to be sure, but they offer no direct value to the customer at all. If Wal-Mart can centralize responsibility at their home office or bring in cash-counting machines and technology, and instead have friendly people available to assist customers, then they have finally figured out the true benefit of AI and automation. Wal-Mart is not eliminating the 7,000 jobs to satisfy their greedy robot overlords, they are reallocating the salaries to customer-facing positions on the floor of their stores – something that can increase profitability and store traffic in a way that even the most perfectly processed invoice never could.

Maybe it is the term ‘intelligence’ that so often gives the wrong impression about what AI really means. AI isn’t about diabolical inventory bots, it is about taking a task that someone (or something) has to do but which offers no competitive advantage and allowing it to be completed in a more cost effective way. Sound familiar? It is the same rationale that has driven other trends such as outsourcing and vertical dis-integration.

Regardless of whether you are in procurement, supply chain, operations, or marketing, you should see the customer value in every task you undertake. If this is not the case, your intelligence and strategic efforts are artificial at best. It actually makes you think that maybe some of the professionals in the workplace today – including ourselves – are the real ‘artificial intelligence’. AI may be perceived as a looming threat to back office functions, but it is not the processes in place that makes them targets for automation or outsourcing, is it their ability (or lack of ability) to connect their efforts to the customer value proposition.

This notion that procurement should be adding value to the top line has always been somewhat unclear. What are we supposed to do, tag along on sales calls? At the very least, we must not get in the way of the customer experience, and in the best case scenario we should find ways to improve it.

Which brings us back to Wal-Mart. They looked at the technology and automation available and identified a match between what they could accomplish and non-value added headcount in their stores. That was step 1. Step 2 was reinvesting the ‘savings’ from AI into a growth force formed of store associates that could lead to higher revenues and market share.

Until organizations – whether B2C or B2B – are able to see AI clearly as an enabling force and make wise decisions about how to incorporate it, they will be artificially focused on running an operation that does not deliver on its full value potential. And there is nothing intelligent about that.

The 7 Steps in the Strategic Sourcing Process