Home General The truck driver shortage is fueling supply chain chaos- What can be done to solve it? 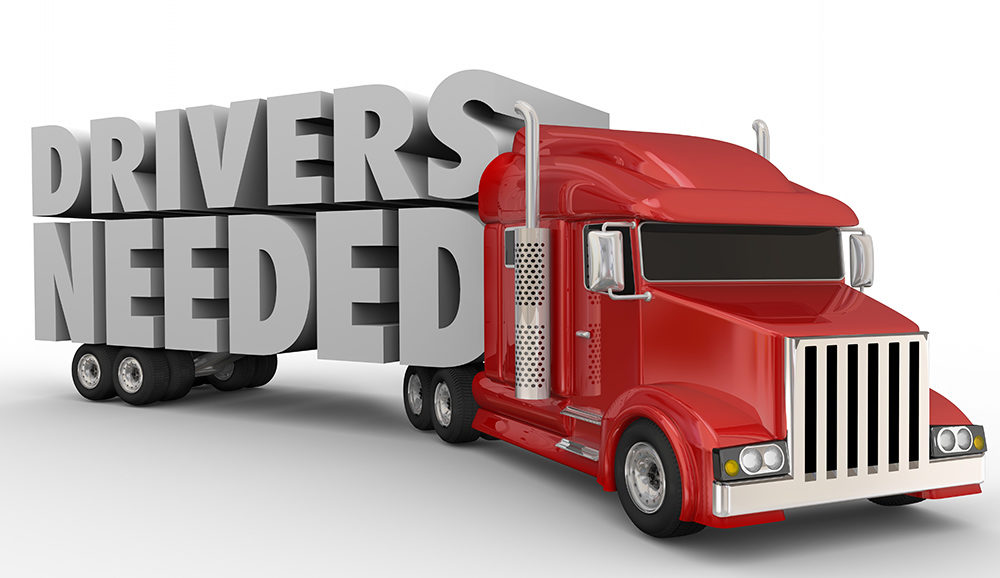 The truck driver shortage is fueling supply chain chaos- What can be done to solve it?

In recent times, shortages of goods have caused widespread supply chain issues. Labor shortages have also been troublesome for production and the economy. In particular, the shortage of workers able to transport goods has been pinpointed as a driver of supply chain chaos. The declining number of truck drivers is a worrying trend, and in this article, we will have a look at why this is happening and what can be done to steer the industry in the right direction.

The backbone of supply chains

In the U.S. alone, 11.84 billion tons of freight was moved by trucks in 2019, which involves a lot of drivers covering a lot of miles. It is clear to say that the economy and life as we know it would not be the same without the work carried out by the drivers. As well as moving goods from A to B, an author from Forbes argues that truck drivers are also logisticians, merchandisers and account reps, all contributing to the smooth running of supply chains.

Why is there a lack of truck drivers?

Although cited as the reason for many things going wrong nowadays, Covid-19 has had a real impact on the availability of workers in various industries. Demand changed drastically throughout the pandemic, and companies saw available freight disappear, and because of this, many drivers were made redundant, with some companies even going out of business. The number of drivers also declined due to illness and certain restrictions being in place. For example, in the first two quarters of 2020 in Canada, 49,000 truck drivers lost their jobs. As the pandemic progressed, the demand for online-bought goods rebounded, adding further pressure on the lack of drivers.

Employing new truck drivers seemed like an easy solution, but thanks to various restrictions being imposed, being able to complete training and take driving tests was very difficult. Working in such an important job throughout this turbulent time was also off-putting for new workers. Continually changing rules and restrictions meant that in some cases, truck drivers even got stuck at country borders and needed to take covid tests to continue their journeys.

In the United States, there is an ageing truck driver population, with an average age of 48.2. As this trend continues over the next decade, drivers will be nearing retirement age or entering early retirement, perhaps due to the pandemic or ill health. This problem will be worsened if a new cohort of younger drivers cannot be attracted to join the industry. In the United States, drivers under 21 years of age cannot become long-haul truck drivers, due to federal requirements. This is restricting the recruitment of young people and has meant that the average age of a new driver being trained is now 35 years old. There is also a lack of diversity in the industry, with around 6.6% of long-haul US truck drivers being female, despite the fact that females make up almost 47% of the US workforce.

According to the American Trucking Associations, the annual turnover rate for long-haul truck drivers for large trucking companies is greater than 90%. This is due to many reasons, including having to work uncomfortable long-haul journeys with limited rest, being away from home for long periods at a time and sometimes working in unsafe environments when carrying hazardous materials or driving in extreme weather conditions. The industry is finding it hard to attract new drivers, and although on average, employees’ pay packages are mostly competitive (around $23.23 per hour), the unpleasant conditions and the pay not compensating for this is not worthwhile for some workers.

The impacts of the trucker shortage

Quite simply, if there is a lack of drivers able to transport freight, supply chains will be disrupted, and the end consumer will be affected. In recent times, it has been common to see empty shelves in stores. Although this may be because of various ongoing supply chain issues, a lack of truck drivers able to transport the goods that are available worsens the shortages that consumers have to deal with.

The high levels of increased demand and the lack of supply have led to skyrocketing prices being passed onto consumers. The world is currently experiencing high levels of inflation, with inflation in the US being the highest in 40-years.

Delays of shipped goods have also been incredibly common. Amongst other issues, freight has been held up at ports due to a lack of drivers being able to move the goods, causing backlogs along the supply chain. Businesses have not been able to meet peak levels of demand which is further straining the economy.

Autonomous driving has been mentioned by experts as a possible future solution for the trucker shortage. Although a rather controversial topic, if implemented in the future, driver-assist technology could make the job easier and more attractive, especially to younger people. Despite this, autonomous trucks have to go through rigorous testing before they can even be considered properly. Rolling out these trucks is a long way off and seems like a very ambitious solution for now.

2. Increase diversity within the industry

Due to the current dynamics, companies should target under-represented groups of people who are seeking a career change, such as women or veterans. Progress has already been made in the United States, as a new program allows people from the age of 18 to drive semi trucks. This scheme will train young people and allow them to cross state lines, providing a boost to the industry.

3. Use incentives to attract and retain employees

For potential employees, sign-on bonuses might push them to apply for a certain company. In a push to hire more drivers, Amazon introduced welcome bonuses of $3,000 in some cases. Increased pay may also be used as an incentive to retain existing drivers. Although this might not be possible in all circumstances, it is a good way to make employees feel valued. Companies should also look into offering lifestyle incentives, perhaps by offering healthcare benefits or vouchers for drivers’ free-time activities.

The trucker shortage has had a worldwide impact on supply chains, as well as on truckers themselves. Going forward, more needs to be done to support existing truckers and companies should look at new ways to get drivers on the roads.

An article that made me think! Very current

An article that made me think! Very current. Does Germany use freight lorries as much as in the UK? I didn’t experience traffic as bad as I have in the U.K. when I lived in Germany, maybe they could use their train lines better for freight?